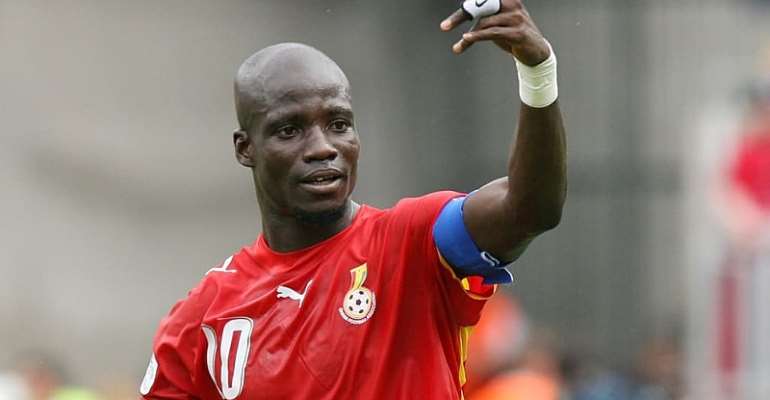 Former Ghana right-back, John Paintsil has lauded the leadership qualities of Stephen Appiah, saying he was lucky to share the same camp and pitch with him.

Appiah has been constantly been hailed for his style of leadership during his days with the Black Stars and as captain of the side.

Paintsil recounting how the Black Stars qualified for teh 2006 World Cup in Germany hailed Appiah's contribution and his leadership.

"I must say that Stephen Appiah was a perfect captain for us because there was no discrimination during our days with the Black Stars," he told Citi TV.

"He [Stephen Appiah] defended the players all the time and never disrespected any player. We were united as a team and Appiah's influence was amazing."

The former Fulham defender also added that it was a privilege to play with the former Juventus and Fenerbahce midfielder.

"For me, it was privileged to play with Stephen Appiah," he said.

"Appiah is an amazing character and I love the manner in which he united as a team during any national assignment," he added.