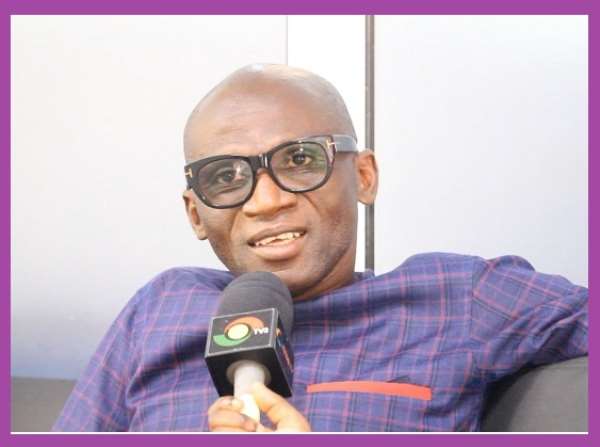 Former sprinter Emmanuel Tuffour says he is very proud to have represented Ghana at the three Olympic Games and now wants to impart to the future generation.

The former top sprinter Tuffour also known as ‘Koora’ said he is proud to have represented the country as an athlete at the international level.

The 53-year-old, in an interview with 3news.com, said he feels the nation showed him enough appreciation during his track and field years.

“People recognize me wherever I go and I feel proud to have represented Ghana. Most journalists want to interview me when they see me around and that makes me feel I’m being celebrated.”

Tuffour speaks fondly of his best years for Ghana, adding that whenever he wore the national colours, it was a good feeling.

“If you are wearing your national colours and appear on national TV, you should be proud of yourself. It was not easy being an Olympian because the Olympics takes place every four years, so, if I was chosen three times, it is an achievement.”

The Olympics, he said, was a big stage for him even though he did not have the appreciable experience when he was selected but added that he “enjoyed every minute of it”.

The retired sprinter is poised to pass on some of his experience to young Ghanaian athletes in order to shore up interest in the sport.

“I have a project coming up which is Project Athletics. It will be an athletics academy. It has never been done in Ghana but other countries like Jamaica, South Africa, Botswana and Nigeria are doing this. It will help us develop the talents of athletes and I’m planning on launching it next month.

“I also have support from the other athletes, who are scouting for talents, and the government as well.”

With Ghana hosting the All-Africa Games in 2023, Tuffour plans on camping the athletes so they can win gold for the country, adding that differently-abled athletes will be included in the project.

Tuffour was the first Ghanaian to be in the World Championship final in 1987 in Rome, Italy - a feat he always cherishes.

Furnish us with Ejura committee’s report – Families of kille...
5 minutes ago