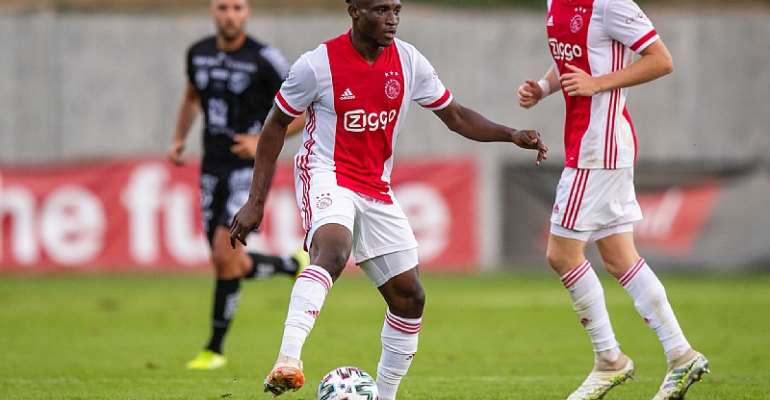 Ghana attacker, Mohammed Kudus has expressed his joy after marking his debut for his new club, Ajax Amsterdam during the team’s pre-season clash with AC Wolfsberger on Tuesday evening.

The teenager was part of a second eleven fielded by manager of the Dutch Eredivisie club, Erik ten Hag in the second half of today’s 2-0 win against the Austrian club.

Speaking in an interview with Ajax TV after the game, Mohammed Kudus couldn’t hide his excitement as he touched on how good it is to play his first match with his new teammates.

“Good to get back on the pitch. After the mark I had some days off and I have been preparing to start playing so it was good to get some minutes back for my legs and [yeah] do what I do best. So it is a great feeling to get back with the team”, the 19-year old forward said.

On how he feels wearing the Ajax jersey in a match for the first time, he said: “Feels really good you know. I couldn’t wait to start playing with my team and then it happened so I joined my teammates and used my individual skills to help them”.

Up next for Ajax, they will be facing Red Bull Salzburg on Saturday. Mohammed Kudus will be expected to enjoy some minutes in that pre-season friendly as well.