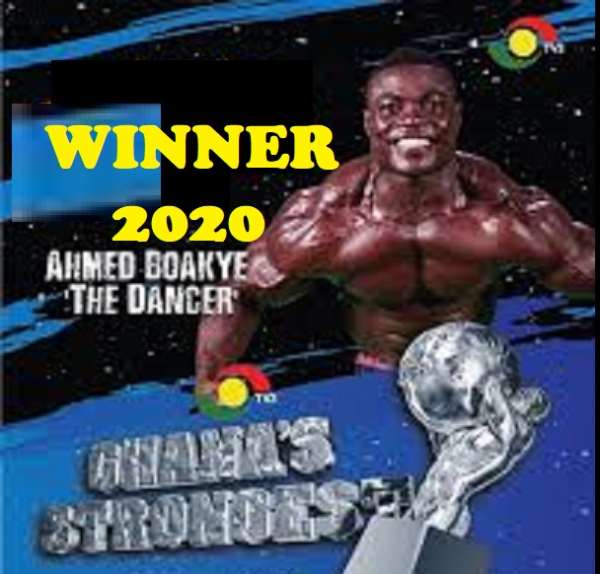 The TV3 Ghana Strongest 2020 which took place at Tegbi, near Keta in the Volta Region (The Power To Do) lived to its billing as experience favourite Ahmed Boakye beat all his competitors to claim the brand new Hyundai car, title belt and cash prize as well bragging rights.

He said it has not been easy as he has suffered a lot to get to the top in season nine after many tries. He placed first in four of the five contests.

The Kumasi based champion thanked him mum and fans who supported him when the competition got tougher.

Young Prosper Dakora who was in the finals for the first time was second.

There were five events at the finals which took place at the beautiful serene Eli’s Beach Resort where musician, Edem entertained the guests and fans.