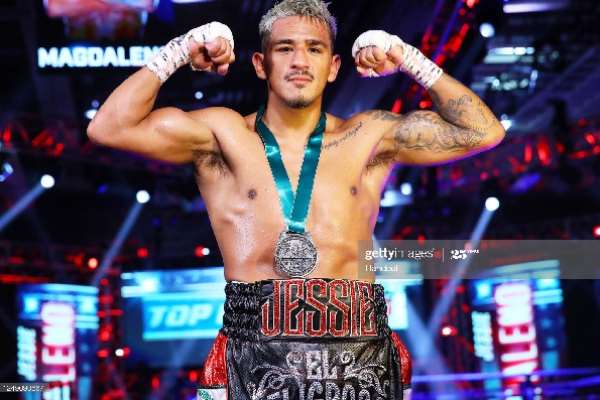 Top Rank has won the purse bid for the bout between Emanuel Navarrete and Jessie Magdaleno for the vacant WBO featherweight title with a bid of $250,000, the organization announced.

Top Rank is still formulating its fall schedule at the moment, but intentions are to hold the fight at the MGM Grand Conference Center in Las Vegas on either October 17 or 24.

The pair will be fighting for the title that was left vacant by Shakur Stevenson, who made the decision to move up to junior lightweight. Navarrete (31-1, 27 KOs) most recently held the WBO junior featherweight title, where he made five successful title defenses after defeating Isaac Dogboe in December of 2018. Magdaleno (28-1, 18 KOs) won the WBO 122-pound title in 2016 after out-pointing Nonito Donaire. He lost the title to Dogboe in his second title defense.

Carl Moretti, the vice president of boxing operations for Top Rank, said that Top Rank's schedule is completely in flux at the moment as a result of college football's uncertainty. With various collegiate conferences making decisions as to whether they'll play football and other fall sports in the upcoming months, ESPN -- which has an exclusive deal with Top Rank -- might have programming voids to fill if there are no games to televise.

That uncertainty has resulted in the multiple dates being targeted for this title fight.

"We're just waiting for clarification on what nights to put what fights," said Moretti. "I just listed those dates for the WBO. We hope to have fights on those nights, or the night before. As you can tell, everything is moving around, and as soon as we know, we'll implement the schedule."

Top Rank has cards that resume on Saturday nights beginning Aug. 22 to the end of September. Then, they hope to establish a regular schedule of fight cards from there.

"It remains to be seen what night of the week we go, and how many times," Moretti said. "I think at the end of this month, we'll know what we're doing and how often we're doing it."