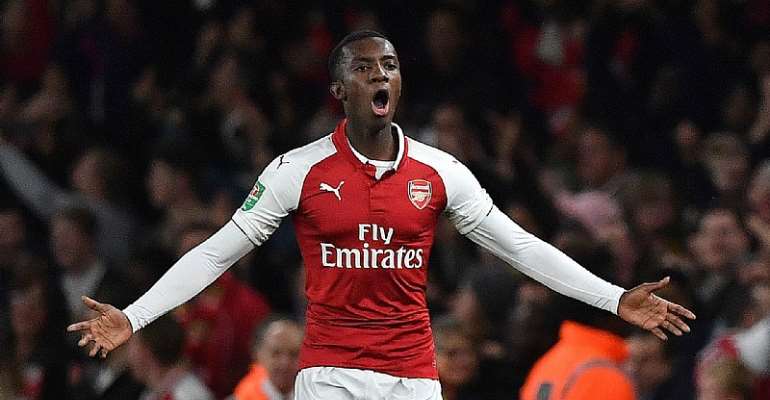 The country's football governing body and the former Chelsea academy player have made the headlines following Arsenal's FA Cup triumph.

Akonnor speaking to Starr FM in an interview with revealed that the hierarchy of the Ghana FA is in talks with the Arsenal striker’s parents to get him to commit his international future to the African country.

Akonnor was, however, quick to note that no agreement has been reached with the player’s camp.

CK Akonnor
"We've been able to talk to Eddie Nketiah's parents. But even though we've tried, it doesn't mean it's a done deal.

"Myself and Ghana Football Association are working hard at it,” the former Asante Kotoko and Hearts of Oak head trainer added.

Nketiah's parents are from Ghana but the striker was born in Lewisham, a suburb of London in England.

The 21-year-old started his career at Chelsea but later crossed over to London rivals Arsenal in 2017.

After a couple of loan spells, he is finally back in the Arsenal first team and helped the Gunners to a record-extending 14th FA Cup title after a 2-1 win over Chelsea.

Nketiah replaced Alexandre Lacazette in the 82nd minute of the game and had an impressive cameo appearance.

He is eligible to feature for Ghana at the senior level despite his appearances for England at the youth level.