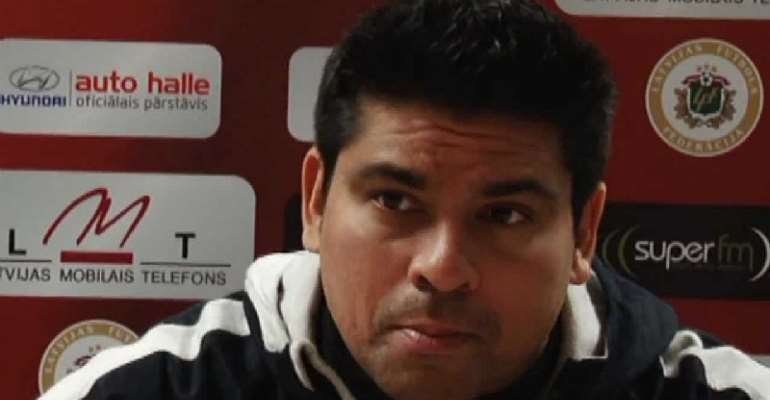 The Ghana Football Association (GFA) are close to appoint Judan Ali, a former Arsenal and Barcelona player as new technical director according to media reports.

The technical director role has been vacant following the exit of Francis Oti Akenteng in March after Kurt Okraku took over the FA president.

The Executive Council on Wednesday held a meeting to discuss the candidate fit for the job.

Six candidates have been shortlisted for the vacant job, three local coaches and three expatriates.

However, reports suggest that the country's football governing body is closing on naming the English born trainer as the technical director for the FA.

Ali has left his role as the Maldives FA technical director after improving their standard of football.

However, sources close to Ali also say he is favourite to be named as the technical director for the Ghana FA ahead of Winfried Schäfer and Abdul Faisal.

A report by Footballghana.com says Ali is a close friend of Ghanaian born George Boateng, the former Dutch international with but now with Aston Villa U-23 team.

Judan Ali is an English former footballer and coach. Ali went on to feature for clubs Arsenal, Barcelona and Murcia in his playing career.

Ali was born in Brick Lane, Tower Hamlets, London. He is of Asian descent and at first used "Jordan" instead of his own first name. He underwent several unfruitful trials at English clubs.

He was taken on by Arsenal, having a two-year stint at the club's academy. He then had a spell at the La Masia Academy of Barcelona.

His experiences whilst there were eventually added to his coaching philosophy altogether. Ali went on to sign for Spanish outfit Murcia with whom he forged a professional career.

In the summer of 2011, Ali assembled a team of Asian players, aged under-15, to compete in the Arsenal International Soccer Festival. The team of 16, which was selected from 20,000 hopefuls, unexpectedly won the under-15 category at the Royal Holloway University.

In March 2013, Ali was appointed Head of Elite Football Development in Taiwan. Ali and the Chinese Taipei Football Association say the aim is to implement a long-term structure to get all Taiwan's age groups to their respective world championships. Ali says he intends to qualify all the Chinese Taipei age-specific football teams to World Cup Finals.

In April 2015 Ali joined the coaching staff of Kitchee SC who play in the Hong Kong Premier League.

In September 2012 The UK's Anti-Racism Educational Charity Show Racism the Red Card held a charity match spearheaded by Hollywood star Tamer Hassan and Shane Richie in which Ali was involved.

He has set up orphanages for the underprivileged, which he runs successfully. As an orphan himself, Ali has a passion for taking players from disadvantaged backgrounds and honing them into standout footballers, which he has successfully shown during his time so far in Asia.