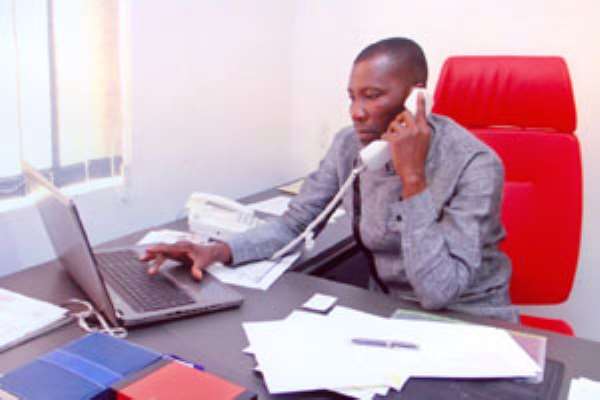 Kenpong who also happens to be a former board member of the club is also urging Kotoko fans to show their support for the new CEO.

Reacting to the appointment in an interview at his plush residence in Accra, Kennedy Agyepong, who is affectionately called Kenpong, spoke in support of Nana Yaw Amponsah, stating that his quality is what is required to maintain stability and restore the Porcupine Warriors to former glories.

“It’s time for the fans to stick together, to get behind the club, the team, the new CEO, and the coaching staff. It’s a tough time at the moment, but we’ve been through tougher times and come through,” he said.

Kenpong further revealed a heartwarming conversation he had with the new Asante Kotoko boss in Accra, prior to his appointment, an engagement which strengthened his confidence in his ability to effectively manage the club.

“In our discussions, he made brilliant observations about Kotoko. I saw a bit of Herbert Mensah in him. A young man with huge ambitions, so I then asked him if he was interested in managing the club and he answered in the affirmative.”

“I introduced him to the board chairman and the rest is history,” Kenpong disclosed. Even though Kenpong believes that the club has a mountain to climb in restructuring, he suggested that the fans must give Nana Yaw sufficient time to steer the affairs of the club.

Kenpong, who has been supporting the club financially for more than 20 years, maintained that the appointment of the young CEO brings in a welcome freshness to the club.

Kennedy Agyepong is celebrated by fans and Otumfuo for his immense contributions towards the administrations of Herbert Mensah, Major Yaw Larson, Sylvester Asare Owusu (Bantamahene) and Dr. K.K. Sarpong.

In 2003, Kenpong was given the nickname Cappuccino by Ghana’s foremost sports presenter and commentator, Kwabena Yeboah, due to his unique ability to persuade talented players such Charles Taylor and a host of others to sign for Asante Kotoko.

“I strongly believe that the young man (Nana Yaw Amponsah) will set the stage for a renewed vigour inside Asante Kotoko. His appointment is a beacon of hope for the teeming supporters. He is young, dynamic and has ideas and the blueprint that will take Kotoko back to the dizzying heights of African football,” Kenpong stressed.

Kenpong cautioned the new CEO against entertaining the activities of unscrupulous middlemen who would try to take advantage of him. Most of the middlemen, according to Kenpong, are “wolves in sheep’s clothing” as they constantly engage in fraudulent business deals to the detriment of the club.

He said because Kumasi Asante Kotoko is the most powerful football club brand in the country, some agents are always quick to submit all sorts of business proposals anytime there is a change of administration in an attempt to enrich themselves.

Against that backdrop, Kenpong urged Nana Yaw Amponsah to take pragmatic steps to re-energize the fan base of the club.

“The new administration must address the critical issues affecting the supporters’ unions (Circles) because it is the backbone of the club. Without the supporters, there would be no football club,” Kenpong advised.

He further called on supporters to financially support the club to ease the pressure on the Kwame Kyei-led board of directors by paying their monthly dues and purchasing original replica jerseys and other souvenirs of the club.

Kenpong, who played pivotal roles for Kotoko to secure the signature of Charles Taylor in the most controversial player transfer in Ghana’s football history in 2003, further hailed the efforts of Kwame Kyei.

According to him, without Dr. Kwame Kyei’s show of financial support and outstanding professionalism, Asante Kotoko would not be where it is today.

He heaped tonnes of praises on Otumfuo Osei Tutu II for his confidence in Kwame Kyei, stating that his appointment improved the playing body and lifted the hopes of the millions of supporters of the club who were frustrated.

Kenpong noted that aside from being the embodiment of the spirituality of Asanteman and Kotoko, Otumfuo Osei Tutu II is committed to ensuring that the club rises to the pinnacles attained before; hence he (Kenpong) will always support the club with his heart, soul and resources.