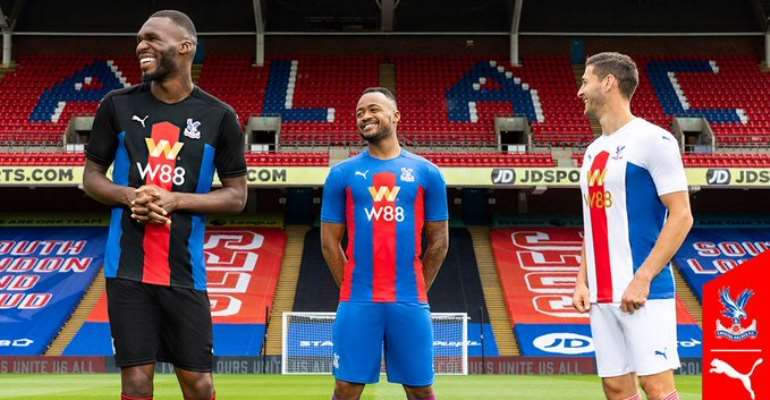 Ghana duo, Jordan Ayew and Jeffery Schlupp modelled in new Crystal Palace jersey for the 2020/21 season as it was unveiled on Friday.

The Eagles will wear three uniforms next season, the home kit with their traditional colours of red and blue, a white away jersey and a third jersey dominated by black.

The jerseys are produced by German kit manufacturers Puma.

Ayew is coming off a good campaign which saw him scoop three awards including the Player of the Award at Crystal Palace.

The 28-year old netted 9 times in 39 games as the South London side finished the season in 14th place.

Schlupp however, scored on the final day for Palace. The midfielder endured a torrid season due to injuries.