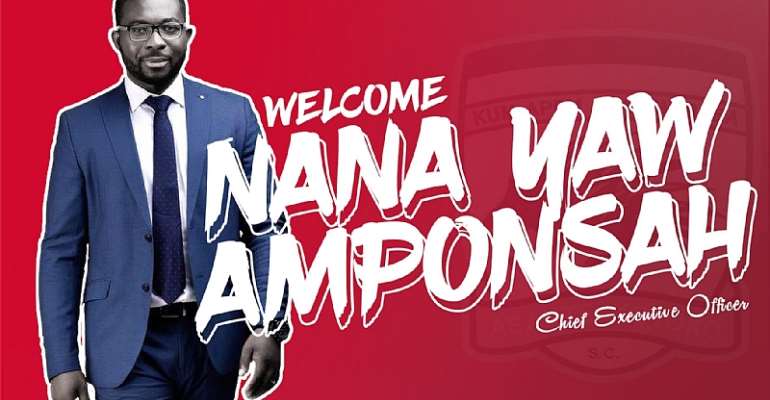 Newly-appointed Chief Executive Officer (CEO) of Asante Kotoko, Nana Yaw Amponsah has emphasized that his key mandate is to help the club to enjoy success more than any club on the continent.

The former Chairman of Division One League side Phar Rangers has today been confirmed as the new CEO of the Porcupine Warriors club.

Speaking at his unveiling ceremony at the Sports Hotel in Kumasi, Nana Yaw Amponsah has touched on his key mandate.

“There have being a lot of rumuors around but I don't follow rumuors. Am the CEO of Asante Kotoko and my key responsibility and mandate is to see Asante Kotoko flourish more than any club in Ghana and any other club on the continent”, the young football administrator said.

In addition to several plans, Nana Yaw Amponsah has set his sight on investing in youth during his tenure at the Porcupine Warriors club.