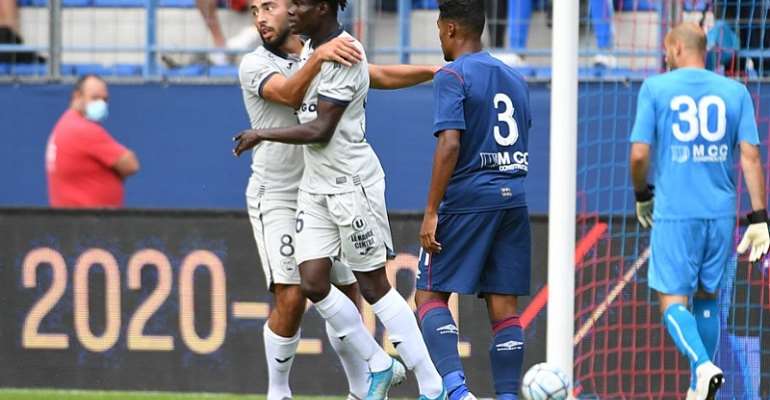 Ghanaian international, Godwin Bentil registered his name on the scoresheet for Le Havre on Wednesday evening when they drew 1-1 against Quevilly Rouen in a pre-season friendly game.

The 20-year-old was recently promoted to the first team of his club and has immediately hit the ground running in a bid to cement a starting position before next season.

In a warm-up game in pre-season today, the forward earned minutes for Le Havre and finished off a good performance with a goal in added time.

His strike canceled out an equalizer from Johan Rotsen to deny Quevilly Rouen from emerging victorious at the end of the 90 minutes.

Godwin Bentil’s goal today means he now has 2 goals in pre-season. Last Saturday, he was on the scoresheet during Le Havre’s pre-season match against Caen.

His club regards him as a top player and will give him a big role to play in the upcoming French Ligue 2 season.