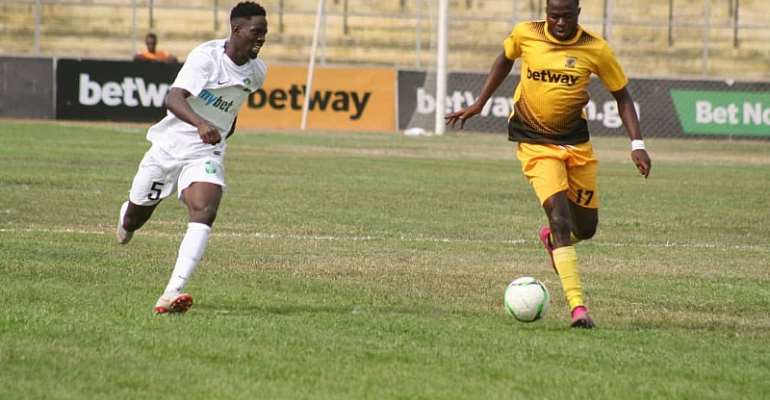 The ball-playing midfielder was signed from Asokwa Deportivo in the 2016/2017 season and has already spent 4 seasons with the club.

With reported high interest from Asante Kotoko, Ashanti Gold SC has now tied him down to a new contract.

“This comes as a major boost for the team as part of preparations towards the 2020/2021 season”, a club statement from the Miners has said today.

Having already established himself as a key asset for the Ashanti Gold SC, Appiah Maccarthy will be part of the team preparing to play in next season’s Ghana Premier League as well as the CAF Confederations Cup competition.