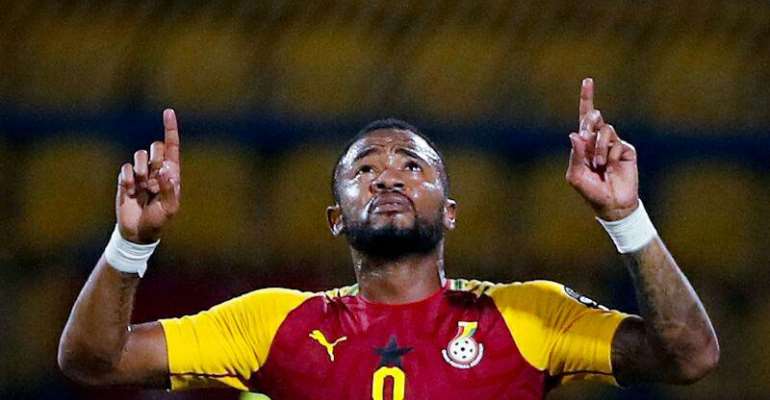 Brother of Jordan Ayew, Rahim Ayew has insisted that the Crystal Palace forward has the qualities of a leader to captain the Black Stars.

The FC Europa defender has been in the new for some days after he said Jordan must be made the next Black Stars captain.

Football fans expressed their displeasure after his statement.

But according to Rahim, he is not shy of his statement adding the 28-year-old is a man of few words but possesses leadership qualities to captain the senior national team, the Black Stars.

“He [Jordan Ayew] has been in the Black Stars for a very long time. I made my debut in 2009 and I have not been able to play again,” he told Asempa FM.

“I said when Jonathan and the likes are not around, Jordan must be made the next captain.

“Jordan has the qualities of a leader. He is a guy of few words but he has everything as a leader.

“Jordan is a different player compared to Andre Ayew but within the family, we don’t do comparison.

“I stand by what I said. Jordan deserves to be the next Black Stars captain. He has proven it and moving forward, that must be the way to go,” Rahim, who plays in Gibraltar added.

Jordan made his Black Stars debut in 2010 against Swaziland. He has since played 61 games and scored 17 goals.

You can’t dictate to Akufo-Addo; stop the disrespect – Sefwi...
36 minutes ago