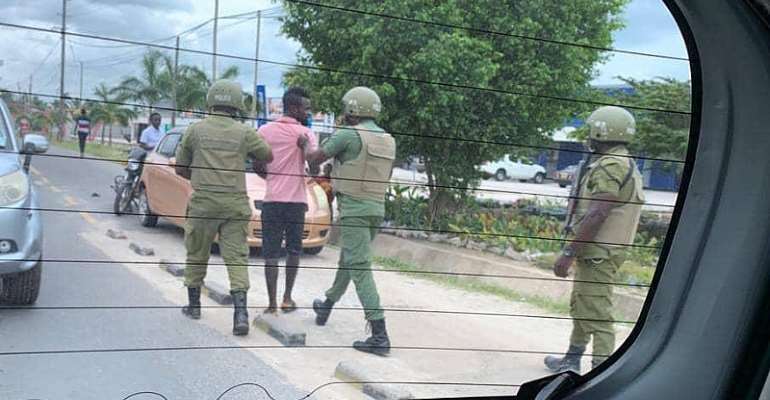 Ghanaian forward Bernard Morrison has denied being arrested by the Police in Tanzania contrary to widespread reports on Thursday, July 30, 2020.

The Yanga SC attacker was in the last 24 hours reported to have been arrested on possession of marijuana and the obstructing of police officers from inspecting his car.

According to him, he was in an Uber heading to the bank when he was stopped by police offers on suspicion of someone smoking marijuana in the car.

Though the Police officers entered the car to conduct searching, they ended up asking the driver of the Uber for his license and later asked Bernard Morrison to follow them to the police station.

“I was not arrested. I was on my way to the bank in an Uber car when the police just confronted us, claiming they had smelt wee in the car.

“After speaking to the driver for some time, they said they had to take me to the police station to search me there which I resisted. I insisted they searched me right where they stopped me.

“I went back into the car and asked the driver to move but they stopped the car from moving. They kept frustrating me until I decided to step out and walk to my hotel since it was a few meters away”, Morrison said as quoted by footballmadeinghana.com.

Subsequently, the Ghanaian was dragged to the Police Station where no marijuana was found on him after a search was conducted.

The Yanga SC forward who has had a fallen out with the club is now back home and making plans for his next move. It is unclear whether he will continue with the Tanzanian giants or secure a transfer to a different club.