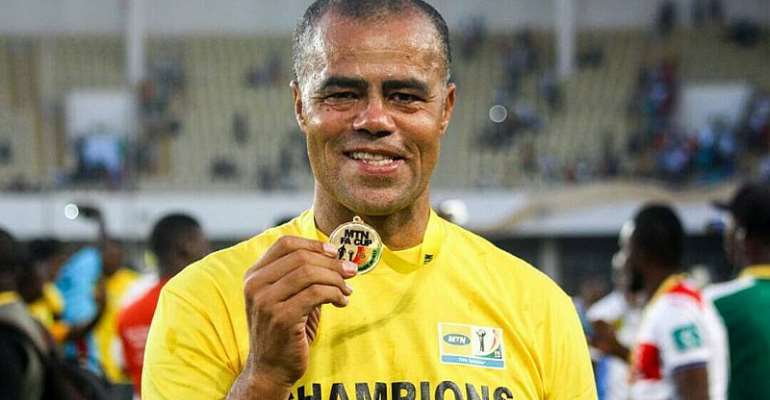 English trainer, Steve Polack says he will submit his CV when the Kenya FA advertises for the national team job.

Having left Ghana, the former Asante Kotoko gaffer is now in Kenya as the head coach for giants Gor Mahia.

Polack led the Porcupine Warriors to beat their sworn rivals, Hearts of Oak in the MTN FA Cup at the Tamale Sports Stadium.

Speaking in an interview in Nairobi, Polack, 59, has opened up on his desire to coach the Harambee stars.

“If an opportunity for coaching Harambee Stars presented itself or in the event, the job gets advertised, I would definitely put in my CV for it. Who knows? I may be the one to take Harambee Stars to the World Cup.

“It has always been my dream to take a team to the World Cup and I’m 100 per cent sure it’s not going to happen outside Africa”, the former Berekum Chelsea head trainer added.

Though Coach Polack has handled a lot of clubs as a coach, he is yet to get the nod to take charge of a national team.