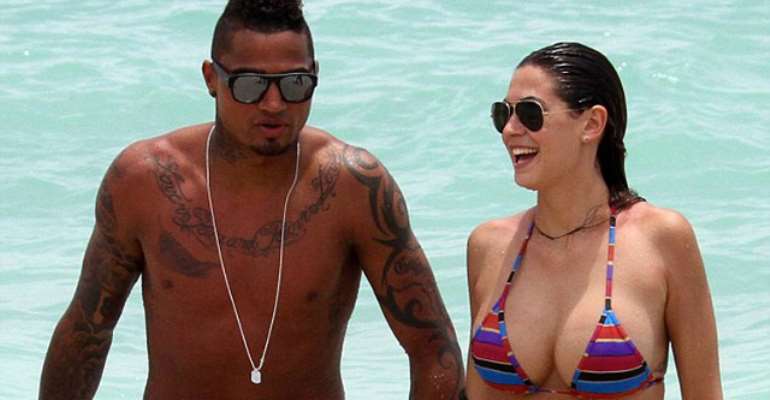 Boateng and Satta have been married for the past four years Maddox Prince, as the only son.

In 2018, Melisa was reported to have said the reason behind Prince Boateng's continuous injury because of sex.

"The reason why he is always injured is because we have sex seven to ten times a week," she said.

"I'm afraid that's the reason for the strain."

According to the popular Italian television presenter, she almost ruined her relationship with Ghana International due to her sexual comments about his partner.

“The fact that we have sex so often does not make me a nymphomaniac,” she told Gazzetta dello Sport.

“You have to be very careful with what you say in the world of soccer, especially when it comes to sex.

"You can’t imagine what spiral I ended up in.

Kevin-Prince Boateng met Satta during his time in Italian with AC Milan.

No ‘aboboyaa’ allowed on Accra highways from November 1 — He...
36 minutes ago