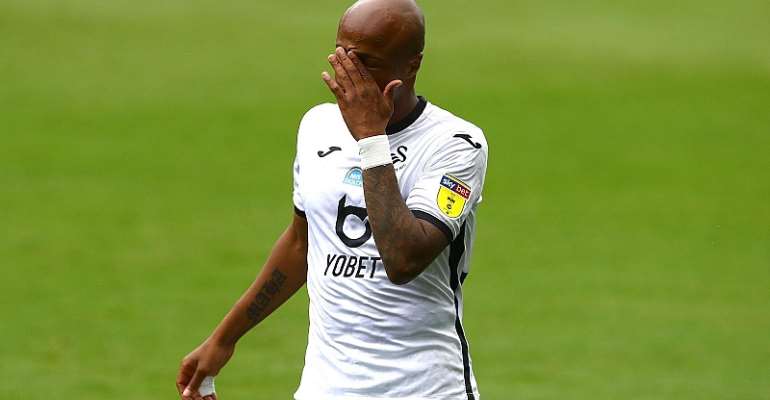 Ghana international, Andre Dede Ayew was in action this afternoon when Swansea City suffered a 1-0 home defeat at the hands of struggling Luton Town in the Sky Bet Championship.

Aiming for promotion to the English Premier League at the end of the season, the Swans went into today’s encounter at the Liberty Stadium hoping to amass the maximum points.

Unfortunately for the side, relegation-threatened Luton Town had too much in their locker. The away team set up compact at the back and took their chance when the opportunity presented itself.

A 72nd-minute strike from James Collins after he was assisted by Isaiah Brown forced Swansea City to succumb to a narrow defeat with Luton picking up the 3 points.

Andre Ayew who started the game for the home team enjoyed the entire duration of the but sadly finished with disappointment.

This season, the Black Stars captain has made 37 appearances and has 13 goals plus 6 assists.