Manchester City v Liverpool To Be Played At Etihad Stadium 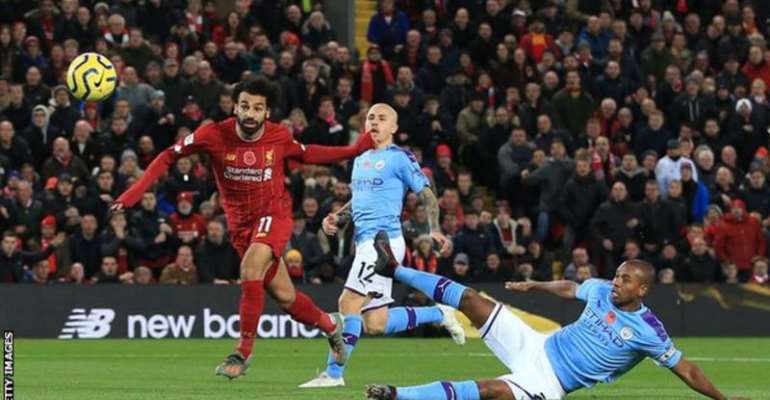 Manchester City have been given permission to host their Premier League match with Liverpool on Thursday, 2 July at Etihad Stadium.

The game between the league's top two sides could have taken place at a neutral venue because of safety fears over fans gathering outside.

But a Manchester City Council safety advisory group (SAG) agreed it could be played at City's home ground.

Liverpool will clinch the title if City fail to beat Chelsea this Thursday.

"Following the most recent round of Premier League fixtures which have all taken place behind closed doors the SAG has signalled it has no objections to the above fixture taking place at Etihad Stadium as planned at 20:15 BST, Thursday, 2 July," explained Councillor Luthfur Rahman, executive member for skills, culture and leisure for Manchester City Council.

"As with all other Premier League matches, this fixture will take place behind closed doors, with no fans present."

Supporters have been barred from attending matches or gathering outside stadiums because of the coronavirus pandemic, despite the Premier League's return on 17 June.

Liverpool manager Jurgen Klopp had earlier opposed plans to hold the game at a neutral venue, saying he would "prefer to play in Manchester".

Other matches initially requested by police to be played at neutral venues included last Sunday's Merseyside derby between Everton and Liverpool, but that was deemed safe to go ahead at Goodison Park following talks between the government, police and the Premier League.