I Was Frustrated At Kotoko - George Amoako Alleges 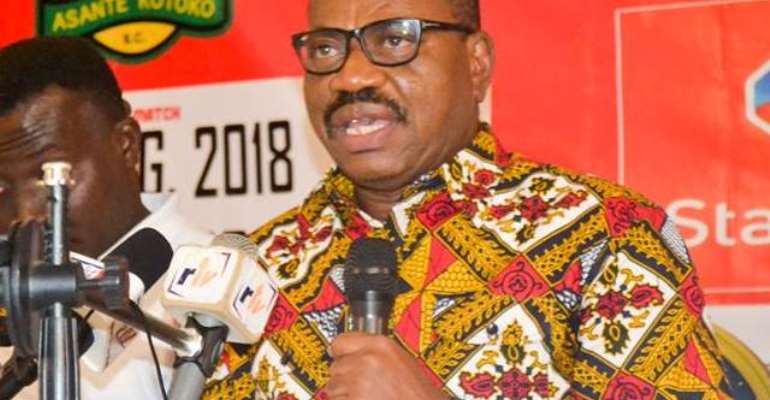 Immediate past Chief Executive Officer (CEO) of Asante Kotoko, George Amoako has said he was not surprised he lost his job.

According to the Ghana Football Association (GFA) Executive Council Member, his relationship with the Executive Chairman of the club, Dr Kwame Kyei soiled.

The entire management of the club has been dissolved following the inauguration of the nine new member board.

With the institution of the Board of Directors, it was expected there will be casualties in the management structure.

The new Board has been charged to redeem the club’s lost glory.

Speaking to Accra based Asempa FM, Mr Amoako expressed absolutely no surprise that he was dismissed.

He also added that he lost his position as the CEO of the club because relationships got fractured thereby hampering the progress of work albeit he failed to explain why this occurred.

“For most parts of our tenure, we were not working on good terms. I don’t know why.

“At the initial stages, things were moving fast and nice and okay. But later I didn’t know what happened and things weren’t going the way.

“I worked with a lot of people in management and all of them you need to seek their opinion about how we worked,” he remarked.

Donald Trump paid just $750 in tax during first year in offi...
45 minutes ago

Extend Voter Exhibition Exercise To Bring Back Register For ...
47 minutes ago