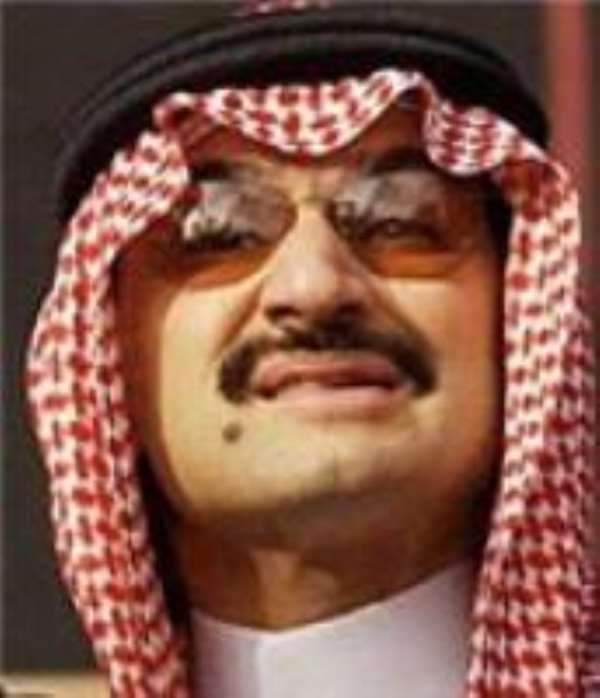 Accra, June 24 --- Prince Al-Waleed Abdul Aziz Al-Saud of Saudi Arabia has donated $100,000 to Ghana's senior national team, Black Stars, for their spectacular performance in the World Cup match against the US.

The Black Stars won the encounter 2-1 to be placed second in Group E behind Italy and progressed to the last 16 of the quadrennial competition.

The Saudi prince made the presentation during a telephone call to President John Agyekum Kufuor after the match to congratulate him on the Stars' historic victory, said a statement signed by Andrew Awuni, press secretary to the president.

The Saudi prince said he has followed the performance of the Black Stars at the tournament and wished to show his appreciation for the pride they had brought to Ghana and Africa, the statement said.

Prince Al Saud wished the Black Stars well in their next assignment against the Brazilians at the last 16 stage and pledged his support to the team and the entire country.

President Kufuor thanked him for the support and said he was hopeful that the Stars would continue to live up to expectations.

The Black Stars Thursday beat the US 2-1 in their last Group E match at Nuremburg to become the first of the five African countries in the World Cup to move to the second round.