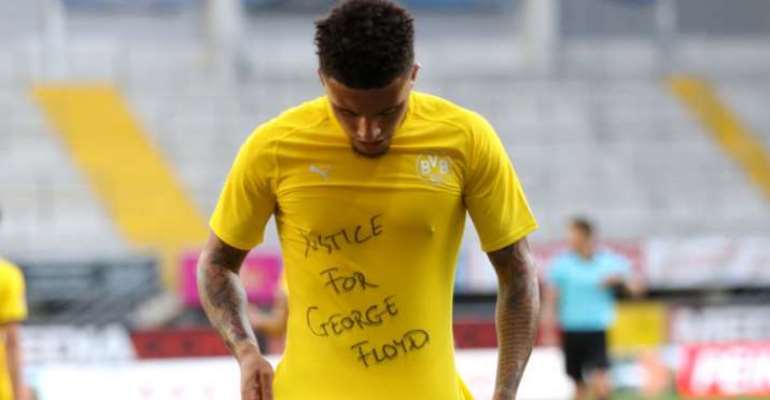 Jadon Sancho revealed a message in the support of the cause for George Floyd after he scored for Borussia Dortmund against Paderborn.

The 20-year-old former Manchester City player scored the game's - and his team's - second goal during his side's game on Sunday evening when they beat Paderborn 6-1.

Achraf Hakimi also did the same when he scored his team's fifth.

He then took off his Dortmund shirt to reveal the slogan 'JUSTICE FOR GEORGE FLOYD' on a t-shirt worn underneath.

It was the day's second Bundesliga acknowledgement of George's death and the controversy surrounding the events of the past week in America.