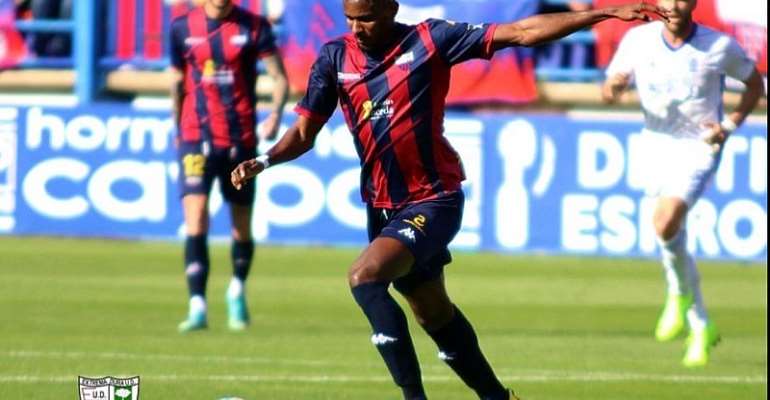 Lomotey has been scintillating for the Spanish second-tier club this season after making 15 SmartBank La Liga appearances and scoring one goal.

He has since attracted the interest of Braga, Union Berlin and French Ligue 1 side, Metz.

According to reports, Braga have made a 1.5 million euros bid for the central midfielder and talks have already began with Extremadura for his possible release this summer.

The Ghana midfielder joined Extremadura from Dreams FC in 2017 after winning the club's player of the season award, and has progressed through the under-19 side of the club to the senior team.

Last season he played on loan for Villarreal and featured prominently for their second team in the Spanish Segunda B league.

On the national scene, Lomotey was part of the Black Stars B side which won the 2017 WAFU Championship in Ghana and also played for the Ghana Black Meteors team which failed to qualify for the 2020 Tokyo Olympic Games which has been postponed to next year due to the coronavirus pandemic.