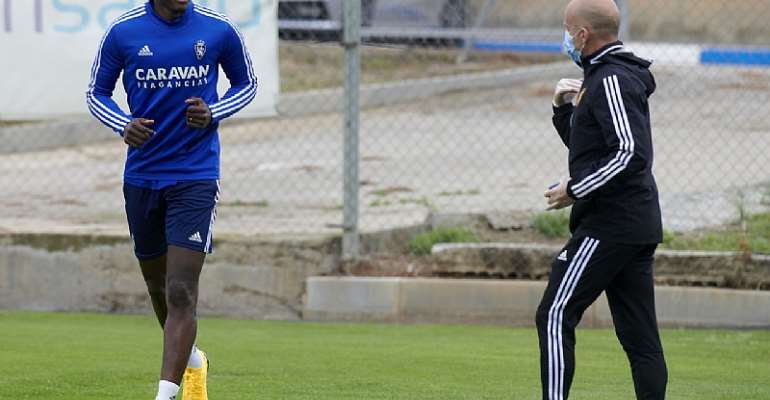 The Real Zaragoza striker forward suffered a heart problem in October 2019 and was indefinitely ruled out from football.

In January the following year, he had a successful surgery and completed his comeback with a light training session on Saturday.

The 24-year-old was out of action for a total of eight months.

Akonnor sympathized with the player and expressed his happiness after he learned of his comeback.

"I have been there before and it is not easy for a young player to go through what Raphael Dwamena went through, had a chat with him and I’m happy to see him back in training," he posted on twitter.

Dwamena's contract with Levante runs till 2022. He completed his loan move to Segunda division side Real Zaragoza on the summer of 2019 on a one year deal.

Dwamena scored two goals in 9 matches for Real Zaragoza in the La Liga 2 before he was retired prematurely in October due to his health conditions.

He has capped nine times for the senior national team of Ghana but has not featured for the Black Stars since 2017.

Don’t give literal meaning to Akufo-Addo’s response to Torbg...
16 minutes ago