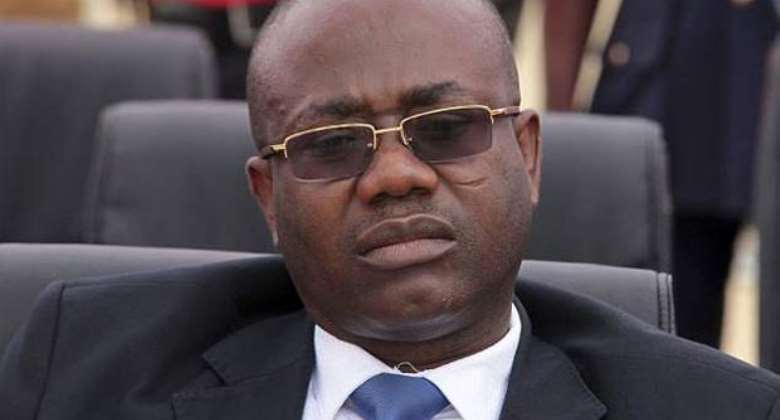 For the first time, the country's football governing in an zoom meeting told its members the association owed a whopping GHC11million as debt.

The figures have raised concerns with many accusing the Kurt Okraku led administration and the Executive Council cooking the figures.

However, some football administrators have called for extraordinary congress.

But Baba Gedo reckons the matter will be put to a final rest should Kwesi Nyantakyi speak up on the issue.

According to him, the uncertainty surrounding the figures will be erased if the former FA capo comes clear on it.

“The FA says there is debt that must be paid and everyone is complaining but let’s ask if it is indeed true that that former administration incurred that cost then we hold them responsible. But no one is talking about that," he told Asempa FM.

"The old administration was there for so many years but no one is asking how much we got from FIFA, corporate Ghana and the World Cup and how the monies were used.

“If the Kurt administration is saying that there’s that amount of debt then we should push for answers and hold the old administration accountable. When people are blaming this administration, I don’t get it. From 2004 to now, FIFA has paid over $34m to the GFA. What was that money used for? They should come and account to us. We want to know the truth.

“The old administration is being accused so they should come out and now. The debts were recorded under Nyantakyi so he must speak and clear his name. They are making allegations against him and it’s important he comes out and speak," he added.

The FA owes a number of persons and institutions including former Black Stars coach Kwasi Appiah who has resorted to the media to demand his $185,000 salary arrears.

After thirteen years at the helm of GFA, Nyantakyi left the post unceremoniously after being fingered in the Number12 documentary.

He is now serving a lifetime ban from FIFA, a decision he has appealed at the Court of Arbitration for Sports.