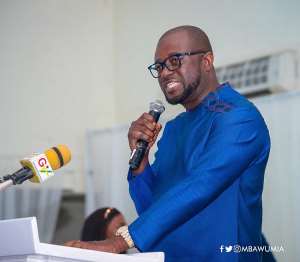 President of Ghana Football Association (GFA), Kurt Okraku has lamented over the stated of football in the country following the outbreak of coronavirus reiterating it will need the intervention of the almighty God to get back on track.

Football in the West African country has come to a standstill since March 15.

According to Mr Okraku, the nation's football has been hit by two major incidents over the last two years and it will only take a miracle from above to revive things.

"Just when our football was recovering then the world is hit with COVID-19. The football industry has really suffered for the last three years. For us to recover again, God must intervene," Mr Okraku told Accra-based Happy FM.

"The football industry is one that has suffered a lot. We had our own 'Covid-19' because football activities had been cancelled for close to two years, from employment to financial loses."

The GFA boss further revealed that talks were going on with stakeholders and others to ascertain if the league should be declared null and void or continued.

"As we speak, there’s no decision as to whether the Ghana Premier League would be cancelled or not. We are still in talks.

"If we are to cancel the league, it will be another trying period for players, clubs, referees and everybody involved in football.

"I don’t have the exact figures as to how much revenue clubs will lose if the league is cancelled. But you don’t expect sponsors to continue sponsoring when there are no football activities," he added.

Local football in Ghana came to an abrupt end in June 2018 following an investigative piece by ace journalist Anas Aremeyaw Anas. It led to the dissolution by FIFA of the FA's Executive Committee with its president, Kwesi Nyantakyi, handed a lifetime ban by FIFA for ethical breaches.

Subsequently, all football activities were suspended as FIFA appointed a Normalisation Committee to oversee the reform of the FA's statutes and organise elections for new Executive Council and its president.

However, the Executive Council of the Ghana FA will make a final decision on the future of football in June 5.