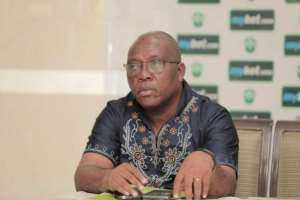 Chairman of the Ghana League ClubsAssociation (GHALCA), Mr Kudjor Finaoo has revealed that the previous Ghana Football Association (GFA) leadership for kicking against the proposal of an autonomous league.

The current Ghana FA leadership has announced their intension to make the Premier League autonomous.

According to astute football administrator, the country's top-flight football was on the verge of being run by an autonomous body after a successful meeting with South African Football boss, Danny Jordan.

“After all we did, by travelling to South Africa and going through the various arrangements we failed to get the approval from the GFA,” he told Asempa FM.

He went ahead to express optimism about the move and believes it is the right way to go.

“Previously it was GHALCA’s call. But, now the dynamics have changed because this is an agenda of the FA President because it was captured in his manifesto,” he added.

The Premier League have reportedly instituted a 5-member team which includes Hearts of Oak Board chairman Togbe Afede XIV and Executive Council member, Ransford Abbey together with other members.