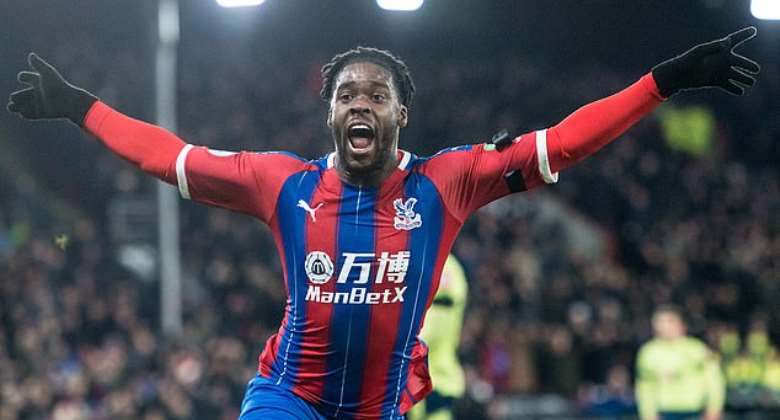 Ghanaian international, Jeffrey Schlupp has emerged as a target for Premier League side, Aston Aston Villa.

Schlupp has a year left on his contract at Palace.
According to Birminghamlive, the 26-year-old is one of the seven players on the wanted list of Villa boss, Sean Dean.

Schlupp is yet to know his future at Selhurst Park as the summer transfer draw close.

In spite of a season blighted by injuries, Schlupp made 14 EPL appearances, scoring twice and providing two assists as the London club sit 11th on the league log with 39 points from 29 games.

Currently, Schlupp is on a 56,000 Pounds a week at Crystal Palace and from all indications, that could be the only obstacle to the move to Villa Park in June.

He won the Premiership title with Leicester City during the 2015/2016 season before making a 12 million pounds move to Crystal Palace in the summer of 2017. He has so far made 94 appearances, scoring seven goals and assisting eight times in three years.

The talented Ghanaian, who can be deployed as a striker, left-back, as well as a left-winger, has his transfer fee now pegged around 8 million pounds.