Wizkid Is Still One of the most creative Nigerian story tellers on “More Love, Less Ego” 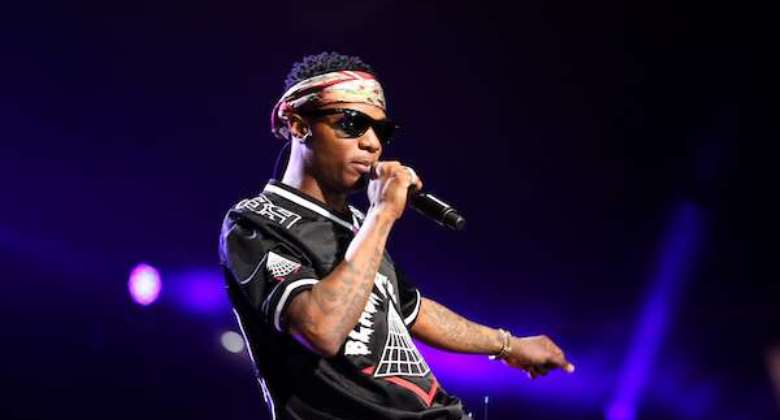 Ayodeji Balogun has ultimately unlocked OG status with his fifth album — “More Love, Less Ego.” The father of four popularly known as Wizkid, has come of age as a frontering Afrobeats pioneer. Since 2011 after he annouced himself locally with “Superstar,” he became Afrobeats most promising golden boy. With the successful debut offering in his hand at the time, to date he keeps launching to the upper echelons of the culture.

A true fan would attest strongly that Wizkid’s rank in Afrobeats often ascends higher whenever he sets loose fresh projects. The moment Big Wiz, buckles up to announce his forthcoming albums, everyone’s fingers are crossed. The whole internet takes notice. According to Favour George, “The moment I heared Wizkid’s album was coming, before that midnight I got myself new airpod’s. Men. I have to get everything Wizkid has to say” Favour, a fast rising Port Harcourt based cinematographer said ardently.

Prior to this time or exactly two years ago, Wizkid delivered his fourth album “Made In Lagos,” and he was bashed with several criticisms. It was his detractors that encamped. As some talked him down. Some more said the Starboy’s lyrics is on the decline. The same gang spread the rumor that his art has grown stale. Others said he needs songwriters and so forth. The whole drama at the time was like a “Goliath and David’s” story. Some claimed that Big Wiz isn’t living up to the current standard of the culture’s shift. Meanwhile, who sets the rules for a young man who is carefree enough not to give response to his critics.

Again, who sets the rules for the super talented Starboy who markets the Jamaican Buju Banton and Buju Bnxn on a solid verse, all at will. I am sure Bnxn would pay homage to his Daddy. While Buju Banton might see the existing young star Bnxn for the powerful talents he embodies and perhaps a record might be secured. Who sets the rules for culture.

Certainly, no one's does. While many may not have been well wishes for Wiz during those times of the Made In Lagos run, they might only be praying for his fall which was carefully toured on the opening song of the album. Currently, his grown into the big bird. Proving his place with this fifth effort tagged “More Love, Less Ego.” He unites with the current cultural sound shift by bringing together acts that smoothly conveys his message. It is an intentional move. Well, let me allow you imagine a track with Naira Marley. Also, try and reimagine Ayra Starr’s purpose on this project, to connect with Gen Z right. You need no voodoo priest to establish that fact for you. Also, as Naira’s input was to successfully materialize the unquenchable taste of hedonism for Marlians. According to Joey Akan, the stupid bunch; who knows they might rise again perhaps after a video for that track with Skepta would air on MTV Base or Soundcity.

For “More Love Less Ego,” Wizkid walked us boldly into his most relaxing state of in life and career. He basks within the bliss and really can not pull out for unnecessary issues. So, you, eat your beef alone. As for the big bird, tommorow he could make another hit song that might appear on Grammy’s desk like “Essence” featuring Tems, which later had a remix with Justin Bieber earlier this year had done.

Often, Wizkid, keeps to self and on this project he shows a bit of his affluence through the music. Not on social media. Although, he walked us through his random set of topics and themes like women, sex, embracing party and revels inextinguishably. He also brings the ascent of the frequent UK based legendary rapper Skepta into the picture on this recent offering. While he cherry picks other right stars to strike the project gold. He is also illustrative on the project by exploring his current state of mind which is freedom, living his best life privately most times; other times hanging out with family and close acquaintances.

Wizkid colly takes a deep dive to express his current state with the music which he understands fully. He perfects the music and it speaks volume through the manner his lyrics were excellently interwoven. At this point, he is in a relaxed frame of mind. So he does what he really cares the most — “More Love, Less Ego.”

India's sinking hill town, a casualty of the warming Himalay...
58 minutes ago