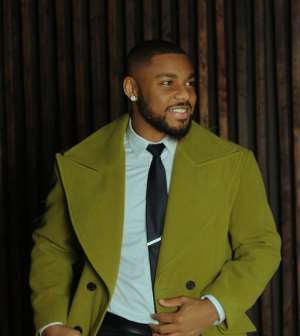 The turntablist has announced himself as a global star, rocking the MIC at major concerts and opening for popular African Artists such as: Jidenna, Flavour, Olamide, Davido, Wizkid amongst others.

Born and raised in Benin-City Nigeria, Dj freshyk at a young age, considered music to be a form of language and was inspired by great music icons like Fela Kuti and American Michael Jackson.

Speaking on his growth and foray into the entertainment industry, he said: "Music for me is a general language. As a kid growing up in Nigeria, you almost certainly hear sounds from people like Fela Kuti, Sunny Ade, Osadebe and even international artists like Michael Jackson. This helped me to develop much interest for the industry and I started playing drums for my church at age 10."

While carving his path in the entertainment industry, Kelvin confirmed working as a model for brands in Nigeria in addition to teaching popular African dances in Russia where he attended college. He also has a degree in Computer Information System/ Software Engr at City University of New York.

The ace entertainer has gained recognition for his collaboration with top afrobeats stars and was nominated by Afrimma and NEA (Nigerian entertainment award) in 2016 for best Diaspora Dj.

As one of the influencers of Afrobeats, Dj freshyk laud the efforts of some of the frontier African stars pushing the genre around the world.

"Afrobeats has enjoyed positive reviews around the world. I must commend the efforts of all the stars working tirelessly to push the sound.

"The world has our attention. So, I believe we need more suitable entertainers and performers to bring African music to its proper place, and that has been my commitment for over 10 years now", the artist who is promoted by prime music partners, said.