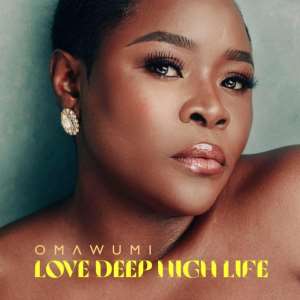 Two years after the release of ‘In Her Feelings’ album, Omawumi, Nigerian R&B singer, who has relatively been quiet in the music landscape since 2019 is back to what she’s known for.

The music star recently came through with ‘Love Deep High Life’, her much-awaited album, to promote love, feelings and affection not just between lovers but for everyone. She also took a step further in the project to address some societal ills such as corruption, failure to fulfil promises, negligence of responsibilities from government and political officeholders.

‘The Love Deep, High Life’ is Omawumi’s fourth album. Just like every other artiste, the singer, known for her Afro-pop genre, experimented with other music genres in her latest album.

WORK DELIVERY OF OMAWUMI SINCE 2015

After the release of her debut album, ‘Wonder Woman’ in 2009 and her second titled ‘Lasso of Truth’ in 2015, Omawumi has maintained consistency in releasing albums.

In 2017 for instance, the musician dropped ‘Timeless’ before releasing ‘In Her Feelings’ in 2019. Between 2019 and 2021, the Delta-born singer surprised the music industry with a new hit; possibly after ‘Her Feelings’ have finally resulted to ‘Love’ as she titles the 2021 album ‘Deep Love, High Life.’

But one constant factor is the fact that it has become a tradition for Omawumi to release albums every two years considering the trend between 2015 to 2021. Well, what really matters is the ability to deliver and she has proven her mettle in this regard.

The music guru who knows the industry too well that she can’t be put aside when big names are mentioned. For the singer to bring up an album at this time shows she still has more in stock to dish out to her fans; especially with the high-rated artistes she collaborated with in the project.

But before then, her new album deserves praise for the quality of work and production delivery.

Listening to Omawumi’s new album, one will notice the anxiety, happiness, joy and betrayal that filled it all. I can deduce the award-winning singer was able to arrest the minds of her fans and music lovers thoroughly with the stories we all can see in the society as a concern.

The 10-track fully packaged album describes what affects virtually every average individual. The stories lyrically narrated by the singer and actress explain what we all see every day and talk about every single second. Omawumi did not fail to narrate family, relationships, politics, economic, and security challenges in the work – just like favourite rapper, Falz’s ‘Moral Instruction’ did.

Omawumi featured the likes of Waje, ‘Thunder Fire You’ crooner, Ric Hassani; Brymo, the ‘Ara’ Lord, and the veteran rapper, Phyno. Each of these top-notch artistes aced their given roles in grand style as expected.

The collaboration between Omawumi and Waje is nothing compared to being a family sister.

The ‘My Darling’ song jumped on by both singers describes a beautiful moment relationship lovers would always want from each other. Part of the lyrics by Omawumi sang:

“When I’m feeling down, you be my antidote. Loving you to kan to kan. No be sugarcoat o”

The cool, high-life song is best listened to in a solemn atmosphere “streetly” referred to as “weather for two” with no interference from any third party.

Featuring the ‘Thunder Fire You’ crooner, Ric Hassani on the ‘Coast to Coast’ track off the album see Omawumi performing to a slight part of blues music genre but with a concentration on Afrobeats. The song with a very short lyrics contained a detailed chorus of resonance from the duo.

Brymo singing the ‘Milk and Honey’ track brings to a reminder of his lover not to forget how long the journey as being and the promises made at the start. His angelic voice with the backup of Omawumi pictures to the mind of the listener how sweet love is, just like ‘Milk and Honey’.

Even with Brymo assuring Omawumi love, the latter brings to the notice of the former that the relevance of money pushes the fulfilment of love. A part of her lyrics reads:

“I want the love that you give to give give and I also want your money. So, hustle o”

Also, Phyno crooner has once again proven his strength and class in the music industry. Collaborating with Omawumi gives a clear insight into what he has and the perfection of doing more. The ‘Highway’ crooner grabbed the microphone and amazingly gives the High Life album of Omawumi a beautiful meaning the more.

‘Joy’ by Omawumi is considered to give the album a moment of happiness. The soul singer was able to flow in between the rap beat and delivered quality with her afrobeat skill.

The album is not complete without the “Bullshit’ track sang only by Omawumi. The tracks explain rotten practices and conduct of government official especially a politician who finds it as joy to depress citizens.

An extract of the lyrics by Omawumi reads:

“…I don’t see anything wrong and title it bullshit”

She did not stop making references when the youths were referred to as nothing. The ‘soro soke’, Lagos traffic and economic meltdown, hardship faced by Nigerians in the hand of their government are some of what she talked about.

The chorus pictured the scenario as she sang:

Your government are saying bullshit

You self you are taking that bullshit”

With Omawumi joining the rest of the personalities and celebrities to calm down wrongdoing of government in the society, will this actually put an end to what Nigerians refer to as “one chance?”

Omawumi whose associate acts include 2Baba, Timaya, Flavour, Wizkid, Cobhams Asuquo, and Lynxxx has been able to preach, lift the banner for a better nation — Nigeria and mental reasoning ahead of electoral activities coming up.

The musician is renowned for her ability to capture the hearts of people with her songs. No doubt, I expect the new album to win awards and gain massive airplay in the coming months.

Damilola Olufemi is a graduate of Adekunle Ajasin University, Akungba-Akoko. He is media personnel with several awards. He’s on Twitter @TheOluwadarmie