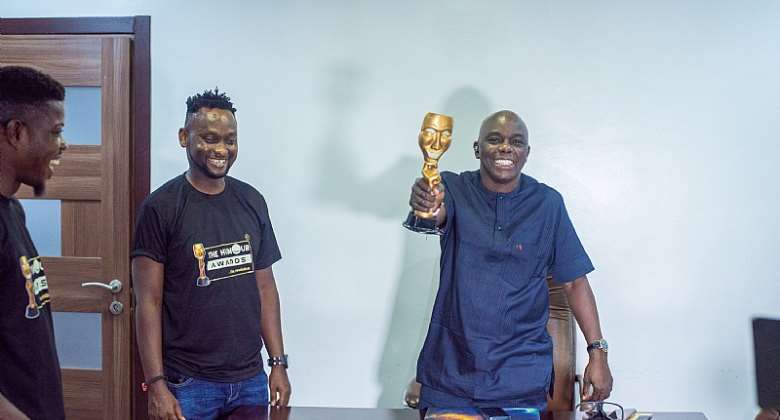 The historic forthcoming "Humour Awards" has been endorsed by the CEO and Founder of Hip TV, one of Africa's leading Musical and entertainment television channel, Mr. Ayo Animashaun. According to reports, Humour Awards is the first award ceremony, organised to recognise Comedians whom have despite the challenges, taken up the responsibility to put smiles on the faces of Nigerians.

The event is sure to attract lots of notable personalities, key players in the entertainment and comedy industry, showbiz entrepreneur, musical artists, high profile CEOs, Media Executives other reputable individuals in public service. Other anticipations for the Humour Awards is the amazing comedy presentations, musical performance and other entertaining demonstrations.

While speaking with the Principal Executive and project Director of the forthcoming Humour Awards, Mr Dominic stated that it was time for the revolution, where Comedians can be honoured, with emphasis on their frontline contributions in the Entertainment Industry. He added that, over the the years the Comedy Industry has contributed earnestly in supporting the nation's economy, by giving youth and teens a means of livelihood.

Uche Dominic further stated that The Humuor Awards is set to fill up the vacuum left in the comedy industry, while calling on everyone to join the movement.

"This is the revolution and there is no going back," Uche Dominic said.

However, the Humour Awards wil be celebrating, recognising and decorating Comedians who have performed excellently on several parameters, especially in areas of creativity, trends, influence, digital/online presence and other categories. Fortunately, Nigerians are already anticipating the historic, as several persons whom we spoke with noted interest in attending the award ceremony.

Akufo-Addo directs CJ to look into petition for Jean Mensa’s...
32 minutes ago