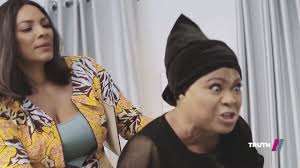 If you’re a fan of new school Nollywood and enjoy a good crime-drama, then Truth is definitely worth adding to your Showmax bingelist.

Truth opens with the death of Rotimi Bakare: upwardly mobile, the life of the party and the favourite child of his wealthy and influential mother. At first glance, he appears to have died of a drug overdose, but investigations soon prove otherwise leaving everyone a suspect.

Truth is co-produced by Adaora Mbelu and Anis Halloway, who also directed the series. Here are four reasons to watch:

1. The twisty plot
Rotimi’s family and friends all appear to have something to hide in the wake of his death, leaving the show rife with interesting twists. There’s also some comic relief with officers Bolaji and Sam, whose non-committal attitude to work is all too familiar and in stark contrast to their superiors, the dedicated and sophisticated detective Dan and his superior, Inspector Ann.

2. The all-star cast, including Sola Sobowale

If you loved Sola Sobowale in King of Boys, then it’s definitely worth checking her out in Truth. Over the years, Sobowale has reeled us in with her dramatic performances and she’s no different in Truth as she embodies a grieving, tribalistic mother who has lost her favourite son and is at war with her widowed daughter-in-law.

Fans of The Men’s Club will also be excited to see Adebukola Oladipupo (Tiara from The Men’s Club) return to the small screen as the charming seductress, Laraba.

Truth boasts one of the better soundtracks we’ve heard from a Nigerian series, which comes as no surprise as it was produced by MTN Project Fame West Africa alumnus, Anis Halloway, the show director. Halloway came into the spotlight as a contestant on Project Fame and has several singles to his credit, with his album Going On having been well reviewed on BBC Radio 3's Africa on Your Street.

The first season of Truth is currently available for streaming on Showmax now.