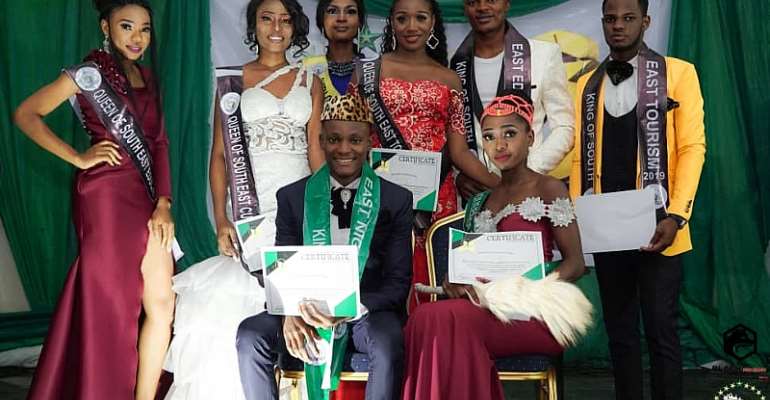 The atmosphere in Awka was indeed colorful as king and queen of South East Nigeria pageant staged its 3rd edition over the weekend at the famous Crescent Spring Hotel.

The cultural pageant event which has been held in Enugu and Owerri was moved down to Awka to circulate the fun across all eastern states in Nigeria. Expectedly, the contestants displayed outstanding performances from cultural outings, talent exhibition and a whole lots more. However, the contestants which looked brightest are Victory Emeje and Charity ifeoma onu as they were crowned king and queen of South East Nigeria 2019.

Some section of men and women were also recognized for their outstanding contributions to growth of most societies in Eastern Nigeria.

The new winners will embark on various humanitarian services to effect the society positively.

Two persons accused of killing 11-year-old boy at Kasoa to b...
52 minutes ago

Akufo-Addo can’t even bath in the Presidential jet, it's not...
52 minutes ago