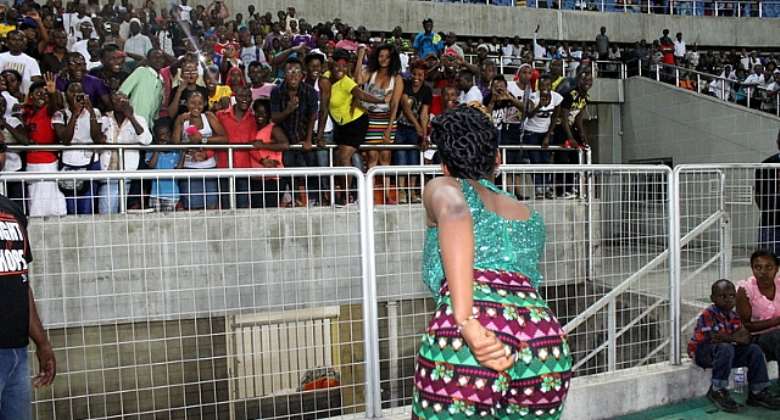 Effyzzie Music Group diva Yemi Alade who is currently in London putting finishing touches on her anticipated album "King Of Queens", was the headlining act of the Night Of Hope concert in Tanzania which took place at the Benjamin Mkapa National Stadium in Dar-es-Salaam with 50,000 fans reportedly in attendance.

Watch the respected vocal powerhouse deliver an electrifying performance,thrilling the crowd with her hit singles "Johnny" and "Tangerine" as well as a press interview where Yemi Alade talked about Tanzanian star Diamond, her time in Dar-es-Salaam and more.