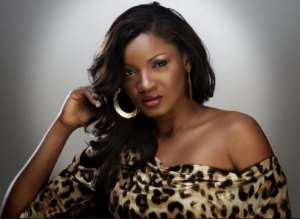 2014 is the year of the Nigeria Centenary and since Amalgamation of the Northern and Southern Protectorates by the colonial British Empire to form a unified country in 1914, no other Nigerian actress as beautiful as the current reigning Queen of Nollywood Mrs. Omotola Jalade-Ekeinde has graced the silver screen.

Omotola is the most beautiful Nigerian actress since the making of the first feature film "Palaver" in Nigeria in 1926 to date. She is also one of the most wonderful actresses in the world and my judgment has nothing to do with her being named among the most influential icons in the world in the TIME 100 of 2013.

She is the epitome of beauty from the crown of her perfect head to the delicate toes of her perfect feet and that is why she is always making the list of the prettiest and sexiest actresses in Nollywood and also featured in the 34 Beauty Queens of Nollywood and Kannywood as never seen before in a single publication in the second edition of the NOLLYWOOD MIRROR® SERIES.

She is the most liked Nigerian actress on Facebook and the most viewed on all mobile devices.

She seems to be getting more beautiful as she is growing older as a happily married mother of four lovely children. And her handsome husband air pilot Capt. Matthew Ekeinde adores her 24/7.