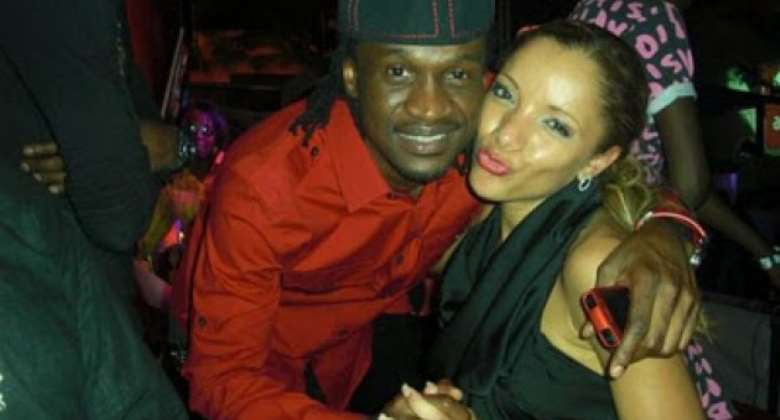 Report reaching us confirms that Paul Okoye of P-Square music group has finally proposed to his babymama, Anita. This was done today in Lagos after Paul returned to Nigeria from P-Square's music tour to the USA and Canada.

An elated Anita agreed to marry Paul after he asked if she would marry him. Some months ago, the other half of the group, Peter, also proposed to his babymama, Lola Omotayo.

Anita has a daughter for Paul while Lola has two kids for Peter.