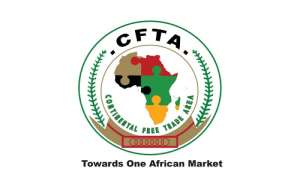 The COVID-19 will greatly impact the implementation of the African Continental Free Trade Area (AfCFTA) which would have changed the face of trading among African countries, according to a policy and advocacy think tank, AfroChampions.

The group noted in its AfCFTA Year Zero report that “not a single country has completed a National AfCFTA Implementation Strategy” despite trading starting in July.

“Given that the AfCFTA was signed two years ago in March 2018, a good number of National AfCFTA Implementation Strategies in draft versions should have been ready by now,” the report noted.

It added that there was now “more reason the continent should press ahead and use AfCFTA as one of the weapons to beat COVID-19 and speed up post-COVID economic recovery.”

AfroChampions in their report also questioned the commitment and readiness level of member countries.

“The fact that no country has released a completed strategy, is a disturbing sign those nations could be thinking more about lengthy negotiations and less about swift strategic implementation.”

They believe with this pandemic, it is likely some more countries will lose interest in AfCTA and that could have a negative impact on the policy.

They also predicted that COVID-19 could plunge some companies into serious financial stress.

“COVID-19 is already destroying much of the African private sector. AfroChampions early surveillance indicates some of the continent's strongest companies and businesses are already in severe financial stress. Without an industrial rescue plan COVID-19 could further de-industrialize Africa”, portions of the reports said.

The AfCFTA was described as the game-changer for Africa’s socio-economic development by the Macroeconomics and Governance Division, Economic Commission for Africa (ECA).

The March 31, 2020, operationalisation of the AfCFTA Secretariat in Accra has delayed.

The AfCFTA Secretary-General has been sworn in but is without the full complement of secretariat teams due to disruptions to recruitment and staffing.

The AfCFTA, which is headquartered in Accra would have provided the opportunity for Africa to create the world’s largest free trade area, with the potential to unite 1.3 billion people, in a $2.5 trillion economic bloc and usher in a new era of development.

The Policy and advocacy think tank had earlier urged African Trade Ministers to convene a virtual summit under the aegis of the African Union to keep on track the implementation of the African Continental Free Trade Area (AfCFTA) amidst the Coronavirus scare.

It said this high-level meeting would be an opportunity to discuss practical measures to pursue African economic integration despite the COVID-19 pandemic to take advantage of the existing AfCFTA provisions to respond to the health emergency and to also consider a broader strengthening of capacities and infrastructure to help Africa recover from the crisis over the long term.

The Initiative supports the emergence and success of African business champions, which have a critical role in integrating African markets and accelerating the transformation of the continent.

AfroChampions describes itself as a leading private sector partner of the AU.

The agreement was brokered by the African Union (AU) and was signed on by 44 of its 55 member states in Kigali, Rwanda on March 21, 2018.

The agreement initially requires members to remove tariffs from 90% of goods, allowing free access to commodities, goods, and services across the continent.