Africa adapts to new taste of Ramadan under Covid-19 lockdown 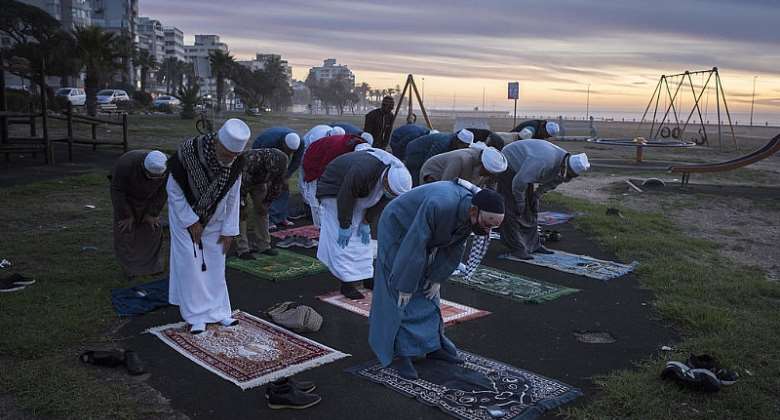 The coronavirus pandemic has changed the flavour of this year's Ramadan in Africa, home to a third of the world's Muslim population. Between strict confinement, curfews and a ban on any public gatherings, the fasting month will be unlike most other years.

There is less hum and buzz this year in African markets that usually sell ingredients such as meat, vegetable, and sweets for the fast-breaking meal known as iftar – a centrepiece of the holy month of Ramadan.

Around the souks and streets of Egypt's capital Cairo, a sprawling city of 23 million, the coronavirus has scared the usual throng of customers away.

A night curfew has also made it difficult to shop. The restrictions on Ramadan have already begun to take their toll on Egyptians, dozens of whom marched in the coastal city of Alexandria on Thursday night for the start of the holy month in defiance of a ban on public gatherings.

The government of Abdel Fattah al-Sisi has since loosened some of its restrictions, pushing the start of the night-time curfew back an hour to 9pm.

Shopping malls and businesses will be also allowed to open on weekends, but still be required to close at 5pm.

Egypt has reported 4,319 cases of the coronavirus including 307 deaths. Authorities hav said they are ready to re-impose curbs if infections begin to exceed predictions.

Stay at home orders have also been difficult to enforce in Niger, where riots have broken out in several towns over anti-coronavirus lockdowns banning collective prayers.

More than 300 people have been arrested in the run-up to Ramadan in the impoverished former French colony, with rioters torching cars and buildings and setting up roadblocks.

Despite a relatively low Covid-19 toll in the country – officially 27 deaths from 684 cases – the government has imposed a state of emergency and a curfew and shut down mosques as well as schools.

Last week, authorities announced an easing of the curfew in Niamey, saying it would now be in effect from 9pm until 5am instead 7pm - 6am.

In neighbouring Nigeria, fifteen imams were arrested after holding Friday prayers in defiance of a government ban.

In a statement, President Muhammadu Buhari acknowledged the challenge of this year's Ramadan for Muslims in the country and around the world but urged them to refrain from Ramadan rituals and traditions.

The holiest month in the Islamic calendar is usually one of family and togetherness, but Buhari said Muslims should "have their prayers and meals individually or with family at home".

Nigerian authorities have nonetheless loosened some restrictions. Residents in the northern town of Kano were able to shop for food from 6am until midnight on Thursday, the day before the start of the holy month. Mosques, however, remain closed.

Africa's most populous country has registered 1,182 cases of the respiratory disease and 35 deaths. Critics say the relatively low case count for a country of 200 million is not due to luck or efficiency but because of the slow pace of Nigeria's tests.

Muslims in South Africa are also adjusting to a different Ramadan experience without congregational prayers and feasting with communities during fast-breaking at sunset.

But the holy month is not just about fasting, charity is also obligatory.

South African leader Cyril Ramaphosa said he hoped Muslims would continue performing charitable acts in the spirit of Ramadan at a time when millions face hunger, destitution and misery.

Eighty-six people have died from Covid-19 in South Africa out of 4,361 confirmed cases.

“As Africans, we will emerge from this hardship with a new consciousness," Ramaphosa said in a video posted on the African Union website, where he sits as chairperson.

"We will understand, and perhaps as never before, our great duty to help and support those less fortunate than ourselves will be enhanced,” he added.

In Senegal, where 614 coronavirus cases and seven deaths have been reported, the plan is to continue charity in a limited way.

In the capital Dakar, charities that characteristically hand out “Ndogou”, baguettes slathered with chocolate spread, cakes and dates to those in need, have decided to distribute them to Koranic schools rather than on the street to respect social distancing rules.

The coronavirus lockdown is also having an impact on businesses.

Seated at her makeshift stall of carrots and turnips, Dakar street trader Awa Sow says the pandemic has dampened the festivities.

"Usually, this is the busiest time of the year, but right now, we have to close early, people are confined and they don't have money," she told RFI.

Your attack on our 'cease and desist' letter strains free ex...
24 minutes ago