Akufo-Addo Urges Media To Be Accurate, Factual And Truthful On COVID-19 Reportage 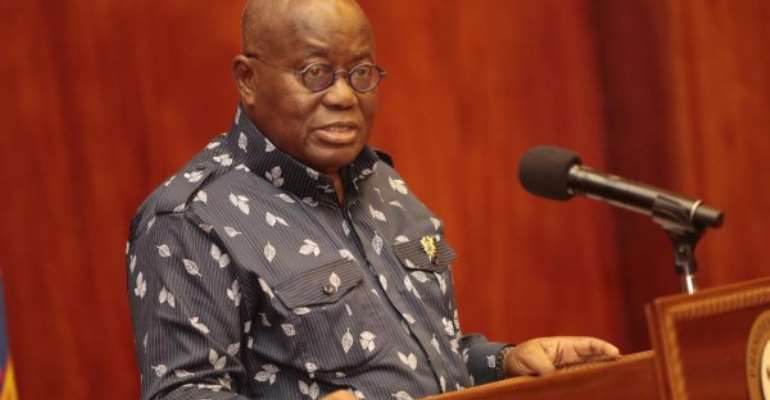 President Akufo-Addo noted that potentially harmful misinformation and disinformation could be inimical to the fight waged by his government against the covid-19 pandemic in the country, and “can lead to a lot of grief and difficulty”.

“There should be accuracy in what you convey, it is critical.... we can agree on facts, and as much when it comes to public discuss, the truth, the accuracy is paramount, especially in emergencies of this nature where the slightest of misinformation, the slightest inaccuracy, misinterpretation, can lead to a lot of grief and difficulty,” he stressed.

The meeting, called at the instance of the President, as part of stakeholder consultations on ways to mitigate the effect of the pandemic, was to brainstorm with the media on measures that adopted so far, and the way forward.

Commending the Ghanaian media for being an “invaluable ally” in the fight against the pandemic, the President said he was “happy the way the media has responded in the midst of the crisis.”

However, there was need that the media be responsible and truthful in their reportage on the issues surrounding the coronavirus pandemic, the President said, stressing the need for media outlets to get specialist to educate and inform their readers and listeners, rather than have people without knowledge on the crisis create anxiety in the country.

Misreporting and twisting facts on the subject, he noted, would be counter-productive in the collective efforts to manage the crisis at hand.

“Every day, people in the country are waiting to hear the news of the figures, how many people have got it, are we on the up, are we on the down, these are legitimate questions.

“Everybody is worried about the effect of this virus, properly, there should be some way public authorities are giving the information as to where we are, but is important that the facts be accurate, because if it isn't, you generate a certain amount of anxiety and fear in the society, and that is not helpful for the management of this crisis.”

President Akufo-Addo continued: “The way forward is going to require your big input…you have to take a responsible position in what is unfolding.

“If people are going to talk about this disease, they have to talk about it from the view of science. Get the scientist to be the ones to talk, get those who have the specialist information, everything has its own specialist…That is what I would encourage you to do,” the President stressed.

“We are lucky that we have a very good, good, good, crop of scientists in Ghana, people who have strong information and expertise on this thing….What I want to see, as much as possible, the airwaves being filled with the Information that the scientist have,” he said.

Mr Yaw Boadu-Ayeboafoh, Chairman of the NMC commended the President for recognising the critical role of the media and for inviting them to make input into the way forward to responding to the public health crisis at hand.

He also asked Government to consider giving the media a stimulus package to support their operations as they were also affected by the restrictions put in place to mitigate the effects of the pandemic on the social and economic life of the country.

The NMC Chairman also appealed for personal protective equipment for journalists, who were in the frontline, gathering information and education for the populace at the peril of their lives.