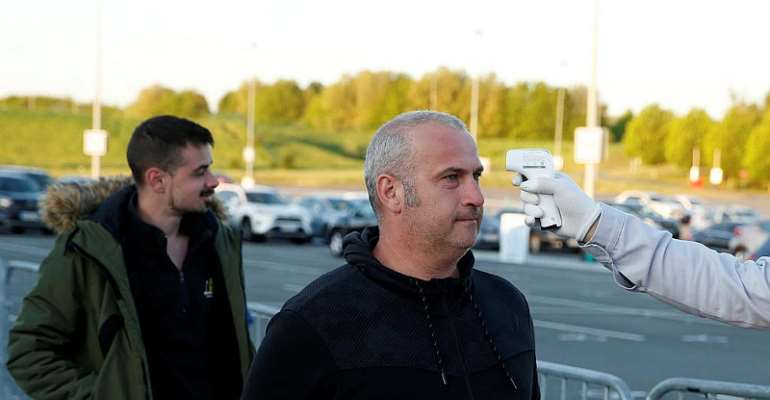 France's eight weeks of confinement to stop the spread of the coronavirus will cost the country some €120 billion in lost revenue, according to a study by the French economic observatory. Restarting consumer spending after the lockdown will be key to getting the economy back on its feet.

On Monday the OFCE released a report estimating that during the two months, between 17 March, the beginning of the Covid-19 confinement measures, and 11 May, the expected end, GDP in France will have shrunk by 32 per cent.

Of the 120 billion-euro revenue loss, 72 billion, or 60 per cent, will be “absorbed by public administrations”, through tax losses and economic recovery measures.

The rest will be borne by businesses - 35 per cent - and households, which are expected to lose some 11 billion euros, including 2 billion for individually-owned businesses.

Forced savings
The losses could be offset by the 55 billion euros that French people have not spent during the confinement, but it depends on how this is spent once the measures are eased.

"We have seen the savings rate increase enormously during this crisis,” said the president of the OFCE, Xavier Ragot, during a video conference. Part of the savings are forced onto people who are unable to consume. Another part is out of precaution, and it is hard to differentiate the two.

Some 9.6 million French people are on partial unemployment, meaning they are still employed, but not working, and they receive 84 per cent of their salary from the government. Depending on how, and when, businesses reopen, people may start spending again.

Only the start of the crisis
The economic crisis “has only just begun”, Prime Minister Edouard Philippe warned on Sunday. The government is expecting a historic recession of eight per cent over the year, as confinement measures are eased gradually.

What happens in France also depends on what happens in Europe, as the pandemic evolved in neighbouring countries, affecting international trade and supply chains, and putting the eurozone at risk.