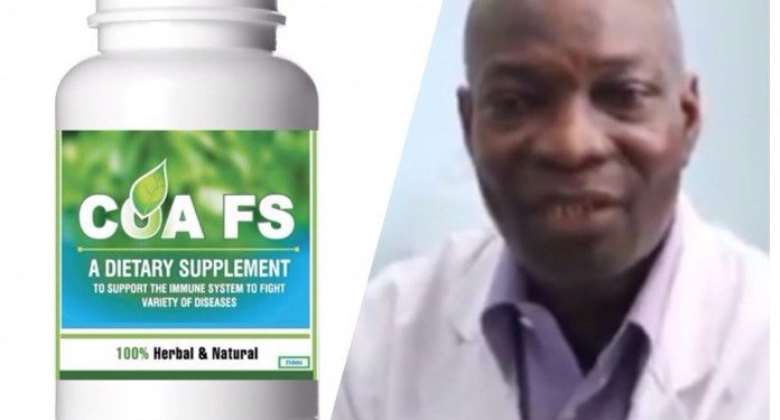 I have read with Shock and Awe on Modern Ghana Website today, April 21, 2020, that Ghana Food and Drugs Authority has closed down the company that manufactures the world-acclaimed Herbal Supplement, COA FS which boosts the Immune System to enable the body to heal itself is based on a flimsy excuse not informed by Scientific Data.

There is a Renowned American Epidemiologist and Researcher, called, Dr. Joel D. Wallach who wrote a book, entitled, " Dead Doctors Don't Lie" and he is a sterned critique of how modern medicine is practiced in American and throughout the world. He is a Herbal Practitioner who has developed Immune System Boosters challenging the Religious Myths of the Allopathic Medical Practitioners and the Pharmaceutical Companies in America. In fact, these two institutions connived with FDA of America to try to shut him and his company down with the same flimsy excuse of contaminated products not based on Empirical Scientific Data. Dr. Wallach took the mighty FDA of America to court and the mighty FDA was humiliated in court because their argument was based on " hearsay" a malice, a Religious Cult. However, Dr. Wallach proved his case based on an Empirical Scientific Data.

The Renowned Scientist and producer of COA FS should immediately take the FDA of Ghana to court if the leadership does not rescind their unscientific, Religious Cult based decision. Your Empirical Scientific Data is the millions of people in Ghana and abroad who have taken your product.

to foreign influence because we are very much awake.