Coronavirus: Will COVID-19 Speed Up The Use Of Robots To Replace Human Workers? 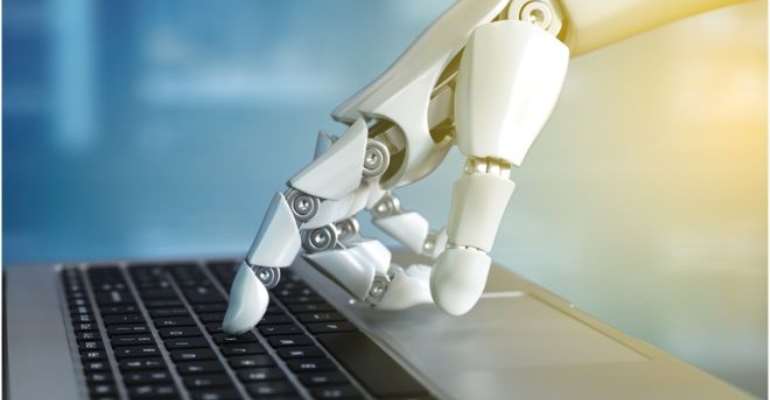 As a pandemic grips the world, a person could be forgiven if they had forgotten about another threat to humanity's way of life - the rise of robots.

For better or worse the robots are going to replace many humans in their jobs, analysts say, and the coronavirus outbreak is speeding up the process.

"People usually say they want a human element to their interactions but COVID-19 has changed that," says Martin Ford, a futurist who has written about the ways robots will be integrated into the economy in the coming decades.

"[COVID-19] is going to change consumer preference and really open up new opportunities for automation."

Companies large and small are expanding how they use robots to increase social distancing and reduce the number of staff that have to physically come to work. Robots are also being used to perform roles workers cannot do at home.

Robots in South Korea have been used to measure temperatures and distribute hand sanitiser.

With health experts warning some social distancing measures may need to be in place through 2021, robot workers may be in greater demand. 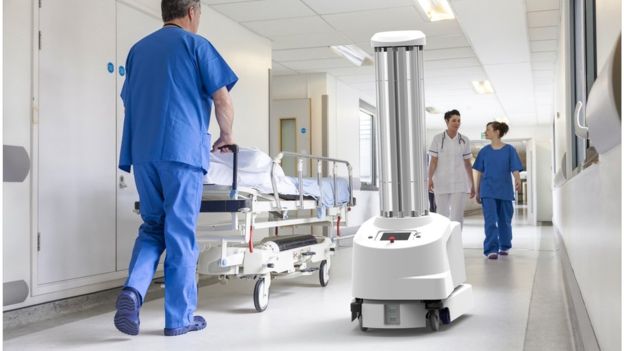 UVD-Robots, which makes cleaning robots for hospitals, has had hundreds of new orders since COVID-19 broke out

Bring in the robot cleaners

UVD Robots, the Danish manufacture of ultraviolet-light-disinfection robots, shipped hundreds of its machines to hospitals in China and Europe.

Groceries and restaurants offering takeaway are using these machines more too.

Experts say as more businesses re-open we can expect to see further adoption of this technology - you may see robots cleaning your schools or offices.

"Customers now care more about their safety and the safety and health of workers," says Blake Morgan, author of The Customer of the Future.

"Moves towards automation can keep them all healthier and customers will reward companies that do this."

There are still limitations. Ms Morgan points out that automated checkouts at groceries should reduce human interactions but because many systems don't work well or break easily customers avoid them and go to human cashiers instead.

Food service is another area where the use of robots is likely to increase because of health concerns.

Fast-food chains like McDonald's have been testing robots as cooks and servers.

In warehouses, like those operated by Amazon and Walmart, robots were already used to improve efficiency. The COVID-19 outbreak has both companies looking to increase the use of robots for sorting, shipping and packing. 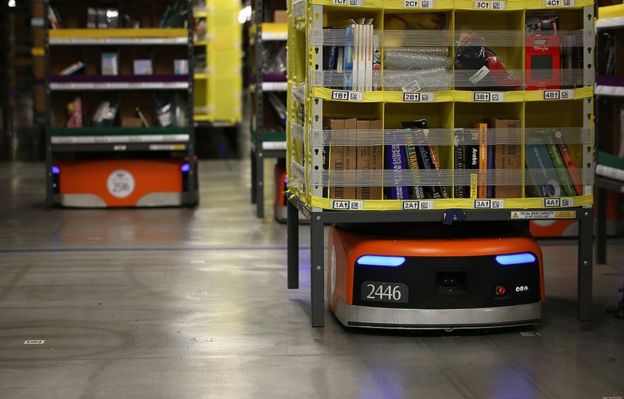 Image captionAmazon already uses thousands of these robots to haul products in its warehouses.

This may reduce the number of complaints by warehouse workers who say they cannot social-distance from their colleagues under the current conditions. But, according to technology experts, it would put some of them out of work.

Once a company has invested in replacing a worker with a robot it's unlikely the firm will ever rehire for that role. Robots are more expensive to create and integrate into businesses but once they are up and running, robots are typically cheaper than human workers.

According to the futurist Martin Ford, using robots in the post COVID-19 world also presents some marketing advantages.

"People will prefer to go to a place that has fewer workers and more machines because they feel they can lower overall risk," he explains

AI that's as real as humans

What about service roles where a person is needed to offer a lesson or guideline?

Artificial intelligence is being developed that can replace school tutors, fitness trainers and financial advisers.

Big tech companies are expanding the use of artificial intelligence. Both Facebook and Google are relying on AI to remove more inappropriate posts since the companies' human content moderators can't review certain things from home.

Robot sceptics had believed humans would have an edge in those jobs. That could be changing as lockdowns have made humans more comfortable with the idea of connecting remotely. The instructor or adviser on the screen doesn't need to be a real person, it just needs to think and act like one.

A 2017 report by global consultants McKinsey predicted a third of workers in the US would be replaced by automation and robots by 2030. But events like pandemics have the potential to change all the timelines and experts say it's really up to humans to decide how they want to integrate this technology in the world.

More Article
ModernGhana Links
We Need Immediate And Drastic Climate Action
Supreme Court Must Be Watched With Eagle Eyes Not To Shortchange Ghana's Sovereignty For Lgbtq+++ Community
The Giant and Longstanding Bickering Between the Neighbouring States of Somalia and Kenya About Maritime Boundary Has Come to an End
RSS chief Bhagwat bats for a unified, strong, well-informed society
Mexico-Ghana: 60 years building a success story together
Be Cyber Smart: The Way Out
Impact in public life: The story of Dr. Prempeh
The 4Rs: Embracing a Zero Waste Lifestyle
Passage Of LGBTQI+ Bill: Stop The Intimidations And Let Democracy Prevail
TOP STORIES