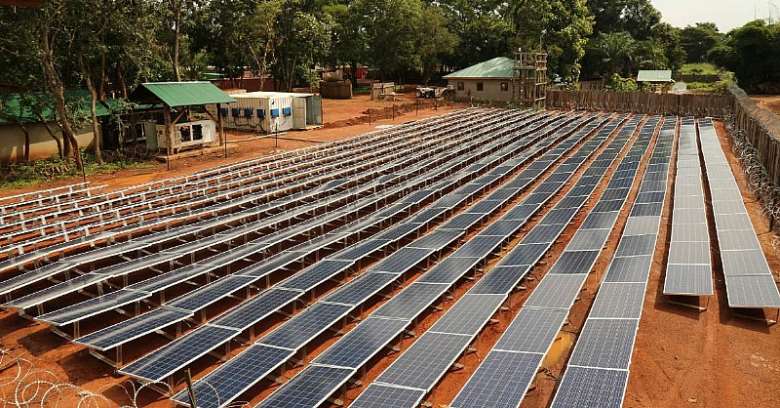 he African Union Commission (AUC) and the International Renewable Energy Agency (IRENA) have agreed to work closely to advance renewable energy across the continent to bolster Africa’s response to Covid-19. The two organisations will focus on innovative solutions to drive the development of renewable energy including decentralised systems, and to increase access to energy across the continent.

The cooperation aims to bolster Africa’s response to the pandemic by, inter alia, improving the ability of rural health centres and communities to deal with the health challenge using renewable energy to power critical services such as medical equipment and water pumping for improving hygiene.

Africa is home to more than two thirds of the world’s least developed countries and 600 million people currently live without access to modern energy services. Paradoxically, Africa possesses vast renewable energy potential that could cover nearly a quarter of its energy needs through indigenous renewable energy by 2030. The deployment of renewables-based solutions is, therefore, central to the achievement of universal access and a key enabler for the attainment of the aspirations of the AU Agenda 2063 as well as achievement of the UN Agenda 2030 on Sustainable Development. The two organisations will collaborate to make this possible.

During a virtual discussion, H.E. Dr. Amani Abou-Zeid, Commissioner for Infrastructure and Energy of the African Union Commission and Francesco La Camera, Director-General of IRENA agreed that a concerted and coordinated response is essential to address the energy related response to COVID-19 and noted that renewable energy offers the most plausible and sustainable response, which will continue to uplift the quality of life for millions of Africans long after the pandemic.

H.E. Dr. Amani Abou-Zeid said: “The COVID-19 pandemic has shown that energy is critical for all spheres of life and is now proving to be a matter of survival. The African Union Commission has made major strides to advance energy development in Africa through various programmes and partnerships. It is now even more urgent to fast track energy access efforts on the continent”.

The Commissioner went on to say, “It is time to use Africa’s enormous renewable energy resources for the benefit of the African people in response to the coronavirus pandemic.” She called upon IRENA and AU to work together to mobilise international support, including the private sector, to provide electricity to health facilities and associated services for fighting the pandemic in Africa, especially the rural and peri-urban areas. “It is critical that the vulnerable in society, especially women and girls, are specifically targeted in these efforts”, she added.

On his part, the IRENA Director-General Francesco La Camera said: “Renewable energy can cost-effectively supply the critical power needed in Africa’s rural communities to supply health centres, facilitate the provision of clean water, support agriculture and facilitate other productive sectors. Such measures are critical to the continent’s ability to deal with the pandemic.”

“Our response to this crisis must also promote long-term sustainable development and support for the achievement of NDCs,” continued Mr. La Camera. “The deployment of renewables is therefore a foresighted strategy to ensure a resilient future, in which no one is left behind.”

The collaboration between the AU and IRENA complements ongoing AU programmes, which include the Africa Bioenergy Policy Framework and Guidelines; Renewable energy in African island states; Development of small hydropower potential in Africa; Geothermal Risk Mitigation Facility; and the Programme for Infrastructure Development in Africa (PIDA) as well as the Strategy for integrated approach for provision of basic infrastructure in rural and remote areas of Africa. This is in addition to other African initiatives such as Desert to Power, Coalition for Sustainable Energy Access, and the Africa Renewable Energy Initiative (AREI) – an Africa owned and led drive to scale up renewable energy – consolidating efforts from the international community to address the needs of African countries.

The AU and IRENA will also collaborate in the context of IRENA’s Clean Energy Corridors initiatives in East, West and Southern Africa focused on advancing the deployment of renewables through the creation of larger and more robust power markets encouraging cross-border trade of renewable power.

These commitments build on existing cooperation between the AU and IRENA to strengthen the enabling environment for low-carbon, climate-resilient renewable energy investment as the continent seeks to raise its renewable energy ambition.

About the African Union
The African Union (AU) is a continental body consisting of the 55 Member States that make up the countries of the African Continent. It was officially launched in 2002 as a successor to the Organisation of African Unity (OAU, 1963-1999). The Department of Infrastructure and Energy is responsible for coordinating and promoting the development energy, transport, tourism and ICT sectors in Africa. The department coordinates the harmonisation and promotion of sound policies, strategies and programmes for the development of the infrastructure and energy sectors at the continental level in support of social, economic and human development. Learn more at: http://www.au.int

IRENA is the lead intergovernmental agency for the energy transformation that supports countries in their transition to a sustainable energy future, and serves as the principal platform for international co-operation, a centre of excellence, and a repository of policy, technology, resource and financial knowledge on renewable energy. With 161 Members (160 States and the European Union) and 22 additional countries in the accession process and actively engaged, IRENA promotes the widespread adoption and sustainable use of all forms of renewable energy in the pursuit of sustainable development, energy access, energy security and low-carbon economic growth and prosperity.

I'm grateful to be named by Forbes as African of the Year — ...
55 minutes ago

Covid-19: We oppose singling out African countries for trave...
55 minutes ago