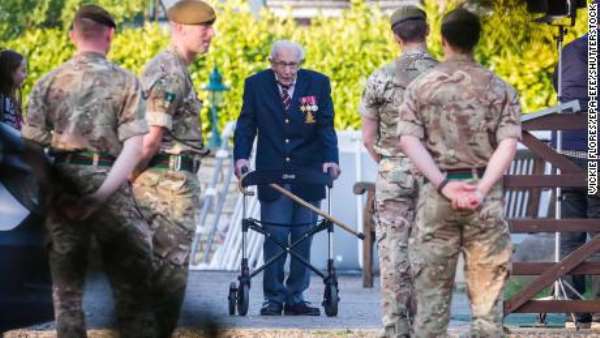 A total amount of $15 million has been raised for the UK's National Health Service (NHS) through the efforts of a 99-year-old war veteran.

Local media reports in the UK says veteran Tom Moore known also as ‘Captain Tom’ raised the amount for the Health Service by walking 100 laps in his garden.

The 100 laps walk was a challenge and helped raised over £12 million ($15 million) in donations.

According to reports, on Thursday, April 16, Captain Tom completed the last 10 laps of his garden.

He was aided by a walking frame, reports say.

He is from Yorkshire, northern England.

The fundraising campaign started on April 8, with Moore initially hoping to raise £1,000 for NHS Charities Together.

Spio sues Wontumi for calling him a thief
4 minutes ago