COVID-19: Quarantined Ugandans Always Romance And Have Sex With Themselves 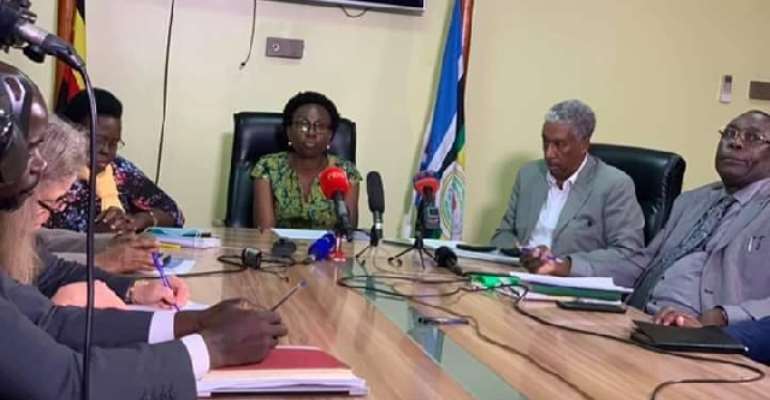 Uganda’s Permanent Secretary of the country’s Ministry of Health has revealed that Ugandans living in institutional quarantine have started having sex with each other.

The development is worrying the Ministry of Health (MOH), as breaking social distance measures only encourages the spread of the disease among this already-risky group.

Permanent Secretary Diana Atwine, while on Uganda’s Radio One talk show, said they were greatly concerned that the practice was jeopardising the government’s efforts to curb the spreading of the disease because these people get out of their rooms and have romance with other people who they only met in quarantine centres.

“Ugandans are not serious. Some who are in quarantine have even begun having (sexual) affairs. They move to rooms of others in the hotels where we have placed them. Others like in Mulago move from their rooms to visit their colleagues who are in other rooms, this is too dangerous and it will distract our efforts,” said Atwiine.

She revealed that this was the reason some people have not been released ever since they learnt about this practice.

The ministry gives 14 days for the targeted people to remain in quarantine so that they keep them from spreading the disease.

Currently, security officers have been deployed to stop or limit movements within quarantine centres.

Last month, the Ministry of Health gazetted 17 places to be used as isolation centres for those undergoing mandatory quarantine in a bid to stop the escalating coronavirus cases. Such areas include Hotels, Hospitals, lodges and Universities currently they are over 232 people under quarantine.

According to MOH these places are located around Kampala city and Entebbe Municipality and were identified after an assessment to guarantee everyone’s safety regardless of their social status.

Uganda has, so far, recorded 54 cases with 7 recoveries.

US revokes licence of top Chinese telecoms company
53 minutes ago