French teachers push back against reopening schools in May 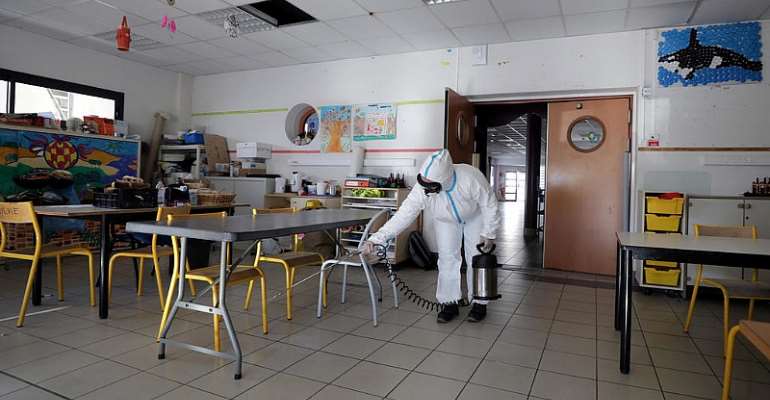 French teachers are raising concerns about president Emmanuel Macron's announcement that schools and daycare centres could reopen gradually as of 11 May as part of the lifting of coronavirus confinement measures.

The education minister says the rest of the school year will not be like before.

"We are told that public spaces like cinemas and theatres will remain closed, but not schools, even as we know that they are places of high transmission and contamination,” said secretary general of the main primary school teacher's union, Snuipp-FSU, Francette Popineau, to the AFP news agency after the president's televised on address Monday night.

“We have the impression that we are being sacrificed on the alter of the economy,” she added.

Fighting inequality
Macron's announcement that schools must reopen to fight against social inequality and to help people get back to work, after being confined to stop the spread of the Covid-19 coronavirus since 17 March.

"Too many children, notably in poorer areas, in the countryside, are deprived of school, without access to digital tools,” he said on Monday night.

Since schools closed on 16 March, teachers have started teaching online, and French public television started broadcasting school lessons, but many students have fallen behind because they lack access to computers or proper support at home.

For Macron, this is why “children must be able to get back on the path of classes”. He said the government would have to find ways to protect teachers and students with the right materials.

For the president of the French federation of doctors, Jean-Paul Hamon, reopening schools in May is premature, as proper distancing measures are difficult to impose on children.

“Children do not necessarily follow the rules, and they will naturally play together and they run the risk of bringing the virus home,” he said on French public radio.

Nothing like before
Education minister Jean-Michel Blanquer said that the government will spend the next two weeks putting in place a system to reopen schools that guarantees the health security of students and teachers.

Not all schools would open at once, with the focus being on be students with the most difficulties continuing their education from home.

He said the reopening would be done in consultation with unions, and that schools in May and June will “not be at all like before”, he told French public media.

There will likely not be full classes, and students might only attend schools for limited hours before going home to continue classes online.

Blanquer also confirmed that the baccalaureate exam at the end of high school would be suspended, and the marks would be determined based on grades throughout the school year.