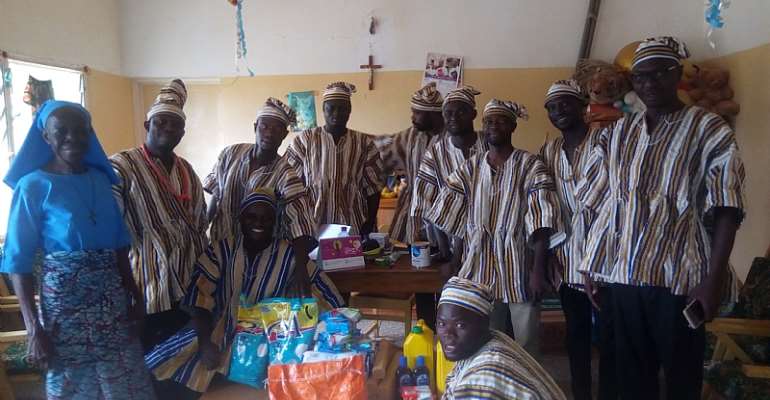 A renowned social group called BIG VISIONS GHANA has today, Friday, 10th April 2020 visited the Jirapa orphanage home where it donated assorted provisions to help the home take care of the orphans at this critical time of the coronavirus pandemic.

The group donated items such as rice, oil, soup, disinfectants, toiletries, among others.

According to the president of the group, Mr. Thomas More, the donation is part of its annual humanitarian works aimed at helping the marginalized in society. He said that this year was the third consecutive time that the group has visited the home. He promised that the group will do its best, possibly, to always put a smile on the faces of the children who are the future of our country.

Receiving the items, management expressed their joy for the intervention made by the group. It praised the group for its regular visit to the home wished the group well in its endeavors.

The Jirapa orphanage home is being run by the Catholic Mission. It has transformed the lives of many orphans tremendously. The home currently houses 21 orphans.

The kids looked healthy and felt excited at the time of the visit.

Big Visions was formed in 2015/2016. It is made up of people of different professional backgrounds who seek to harness their diversified knowledge for personal, social and economic development. It has since made its impact felt on many occasions especially in the Nadowli-Kaleo enclave, through its charity work and their own welfare.

It is neither a political nor religious group and welcomes people who believe in networking, charity works, socialisation, and personal development.

The group is based in Nadowli, the district capital of Kadowli-Kaleo district in the Upper West Region but has its membership from various parts of the region.