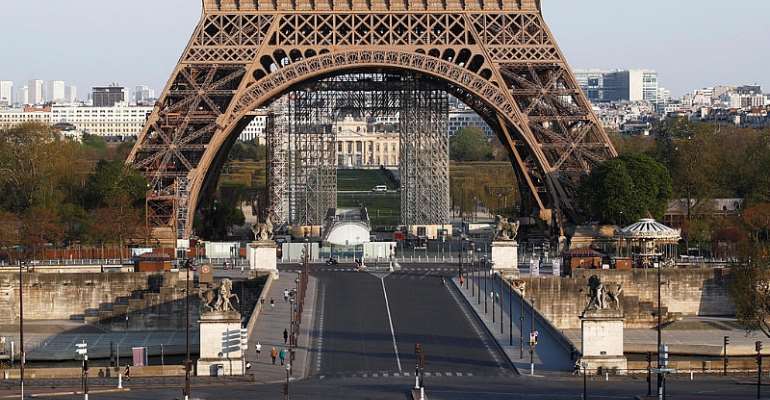 French risk assessment consultancy Infolégale is predicting a huge wave of bankruptcies in France by the end of April, when it estimates the first effects of the coronavirus lockdown will start to be felt among the most vulnerable businesses.

Business started to turn sour after the French government decided on 12 March to impose a lockdown that would eventually affect all non-essential business and oblige most French to work from home.

According to Infolégale, 63 percent of failing companies have a share capital of less than 10,000 euros. Of those, 58 percent were already in the red for the previous two years.

Companies most affected were those forced to stop as a result of the confinement, notably retail, construction, public works, bars, restaurants, hairdressers, body care specialists and advertising agencies.

"We are going to witness a first major wave of bankruptcies at the end of April," says Infolégale President Frédéric Julien. He expects this to happen in spite of government promises to support business activity.

A French support plan, approved by the European Commission on 21 March includes mobilising over 300 billion euros of liquidity in support for companies affected by the economic impact of the coronavirus pandemic.

It consists of three policies:

But many company owners fear the measures won't be enough to save everybody.

Initial problems are already being caused by companies not being able to pay much of their overhead, including rent, water and electricity bills and salaries.

Hottest Photo Reports
Catch up with all the political quotes from our politicians.
Advertise here
More Europe
ModernGhana Links
Former president Nicolas Sarkozy to provide testimony in polling fraud case
No one got out of the Batalan untouched - not even the survivors
French feminists take on Miss France beauty pageant for discrimination
Fuel hike headache for Macron as ministers vote on 2022 budget
PSG v RB Leipzig: Messi is settled in and ready to fire, says Pochettino
Former inmate who exposed torture in Russian jail seeks asylum in France
Macron's bid to reform French justice system a load of 'froth', say magistrates
Russia cuts diplomatic ties with NATO as relations with bloc plunge to new low
UK minister wants to 'correct' rulings by the European Court of Human Rights
TOP STORIES