Europe skirts US sanctions to send Covid-19 aid to Iran, but is it enough? 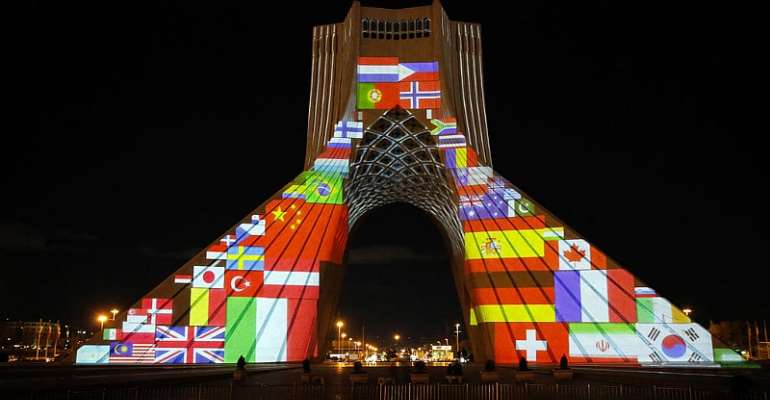 The presidents of France and Iran have held talks on fighting the Covid-19 crisis. The discussions come after France, Germany and the UK last week began to send medicine and food to Tehran through a barter trade system, known as "Instex", designed to avoid US sanctions on Iran. But will it be enough?

A statement by the Elysée Palace said Emmanuel Macron expressed “solidarity” with Hassan Rohani and the Iranian people in a phone conversation on Monday, confirming that Europe had begun to deliver goods that would help combat the Covid-19 pandemic that has hit Iran hard.

In early March, Iran became the first major Covid-19 hotspot outside Asia. It has now suffered more deaths than China, where the outbreak originated.

“The situation has improved over the last few days,” says Mohammed Marandi, a political scientist with the University of Tehran, who, like many others, is working from home during the crisis.

“But it is still a problem. Private businesses are opening, but universities and schools are still closed. Many classes are being held online, but school children and university students do not go to campus for the time being."

But for Iranians, used to years of US sanctions, hardship is nothing new.

“The virus has had a major impact on health and certain sectors within the economy have been closed down. But many of the major global problems that have been brought about have not affected Iran.

"Iran was already disconnected from the international financial institutions, and was forced to reduce import and export to a bare minimum long before the outbreak of the virus," Marandi explains.

In May 2018, US President Donald Trump unilaterally walked away from the Joint Comprehensive Plan of Action (JCPOA,) the 2015 nuclear deal that lifted sanctions against Iran in exchange for Tehran scaling down its nuclear programme.

European partners to the deal found themselves split between loyalty to the US, and the deal they signed with Iran. In January 2019, the “E3” (France, Germany and the UK) came up with the “Instrument for Supporting Trade Exchanges” (Instex), a stopgap plan that was designed to allow trade through non-US dollar transactions or barter – without risking US sanctions.

But for a long time, the plan never really took off. Only when Covid-19 hit Iran hard, the E3 jumped into action. On 31 March, more than a year after it was founded, the first Instex transaction took place, consisting of medical supplies.

Will it be enough for Iran?

According to the state-controlled Mehr News Agency, Rohani said preliminary and initial measures taken by EU in the field of launching Instex were "positive but insufficient”.

“While Instex has the capacity of some help, this mechanism can only be of limited use, without the Europeans taking a firm stand against the US and taking their own sovereign and independent decisions,” says Marandi.

According to the Elysée, Macron also urged Rohani to set free French/Iranian national Fariba Adelkhah, a researcher with the Parisian social science university Science-Po, who is currently in jail in Tehran, accused of spreading propaganda and conspiring against Iran.

She was arrested along with fellow Science-Po researcher Roland Marchal, in June 2019. Marchal was released on 20 March and returned to France.

In March, Iran released thousands of prisoners, including political prisoners, as the Covid-19 virus penetrated the prison system, but Adelkhah was not among them.