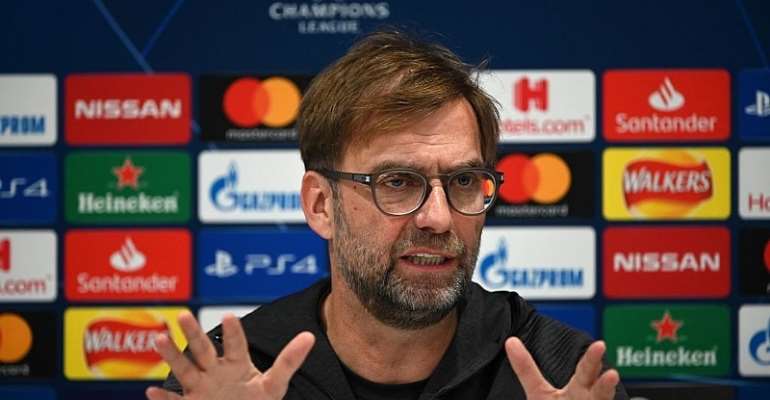 Bosses of English Premier League clubs will meet via video conference on Friday to formally reset the start date for the top flight season.

Liverpool were on course for their first English championship since 1990 when the league was suspended on 19 March until 30 April.

But with the death toll from the coronavirus rising in Britain, that date looks unlikely.

A reconfiguration would allow Premier League clubs the chance to offer their stadiums and medical staff to the National Health Service.

Clubs and their players have attracted critics over the past week for using government compensation schemes to lay off catering and ground staff while continuing to paying full players and mangers.

Criticism
Matthew Hancock, Britain's health secretary, said: “Given the sacrifices that many people are making, including some of my colleagues in the NHS who have made the ultimate sacrifice of going into work and have caught the disease and have sadly died, I think the first thing that Premier League footballers can do is make a contribution, take a pay cut and play their part.”

His comments, however, were widely viewed as a way of deflecting complaints about the government's handling of the coronavirus pandemic.

Talks were set to continue on Friday between club owners as well as the Professional Footballers' Association (PFA) and League Managers' Association (LMA) which represent players and managers respectively.

Flexibility
The PFA says it is willing for its members to take a cut where necessary.

“In instances where clubs have the resources to pay all staff, the benefit of players paying non-playing staff salaries will only serve the business of the club's shareholders,” a PFA  statement said.

“The players we have spoken to recognise that the non-playing staff are a vital part of their club and they do not want to see club staff furloughed unfairly.

“Any use of the government's support schemes without genuine financial need is detrimental to the wider society.”

Elsewhere in Europe, players at Barcelona have accepted take wage cuts to ensure the salaries of less well paid employees are maintained.

In France, where the coronavirus death toll rose to more than 5,000 on Friday, a squabble over TV rights payments emerged over the weekend between the Ligue 1 rights holders and Canal +, one of the championship's main broadcasters.

When competition was suspended on 13 March, Paris Saint-Germain were on course for their sixth title in seven years.

Thomas Tuchel's men were 12 points clear of second placed Marseille who had played one game more.